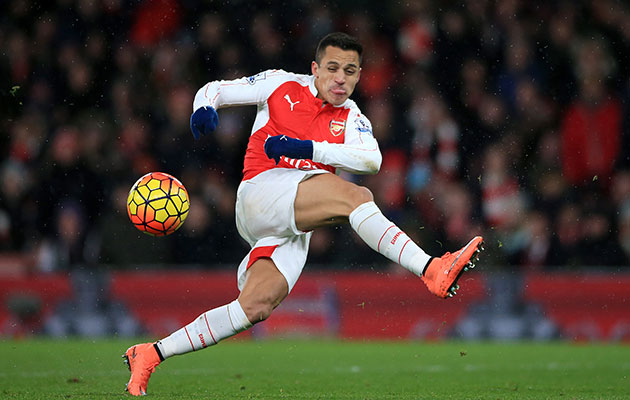 Arsenal blew a big chance to close the gap at the top of the table on the current leaders, Leicester City, when they were beaten 2-1 at home by strugling Swansea on Wednesday night.

“We lack self-belief, that we can actually be champions,” he confessed to Directv Sports.

“I think we can win the Premier League with the players we have. That said, we lack a certain hunger. We need to step out on to the pitch as if we’re already 1-0 up.

“I remember a game against Manchester United last year. The lads looked hungry for silverware as we took to the pitch. We crushed them in the first 20 minutes and went 3-0 up. We were hungry and brimming with confidence that day.”

Joel Campbell opened the scoring for Arsenal, who also hit the woodwork on three occasions, but goals from Wayne Routledge and Ashley Williams enabled Swansea to leave the Emirates Stadium with an unlikely and much needed three points.

Sanchez, who recently returned to the starting line-up after a lengthy injury lay-off, has struggled to recapture the form that helped propel Arsenal to the top of the table last Autumn.

The Gunners now sit in third place in the Premier League, six points behind leaders Leciester City and three behind local rivals Tottenham, who they face on Saturday.