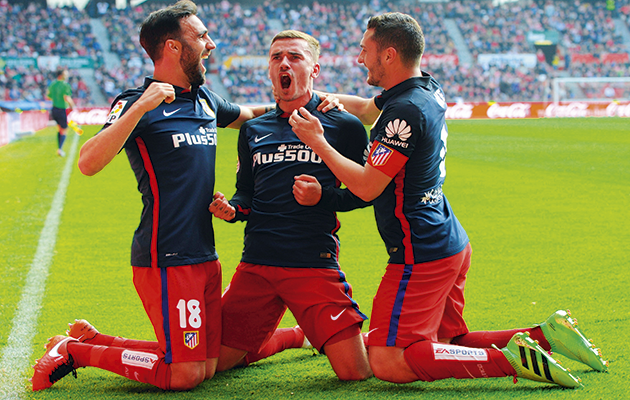 As well as Griezmann, Diego Simeone won coach of the year, Jan Oblak was crowned goalkeeper of the year and Diego Godin selected as the best defender. The string of awards prompted Atletico president Enrique Cerezo to declare that the accolades were long overdue.

Barcelona’s Lionel Messi was named the best attacker, Madrid’s Modric the best midfielder while Marco Asensio – now back at the Santiago Bernabeu after a season-long loan at Espanyol – was named the ‘breakthrough of the year’.

“It is a privilege and honour to be here to accept this award, which wouldn’t have been possible without the help of my colleagues,” said Godin.

Cerezo believes that the awards were well deserved after years of being overlooked by the league.

“At least this year they have remembered us, after many years of being ignored,” Cerezo told Marca, from the ceremony at Valencia’s Palacio de Congresos.

Simeone, meanwhile, said he felt “lucky” to have the chance to work with a “group of incredible men” at Atletico.

Griezmann was not present, with Cerezo stepping up to collect the award on his behalf.

“Griezmann deserves this prize,” the Atletico chairman said. “We are very proud to have him at our club.”