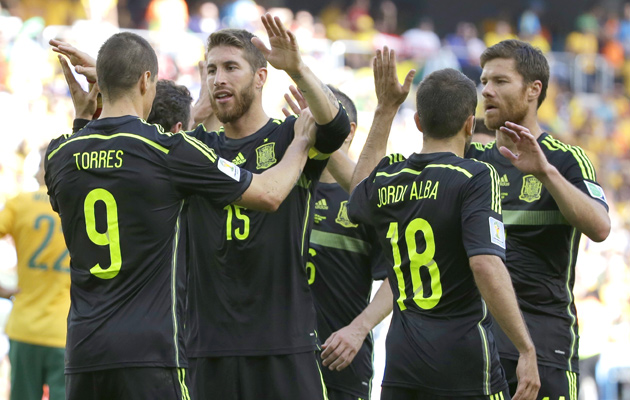 Match overview: Spain have conceded seven goals in the World Cup so far – one less than the total they conceded at the 2010 World Cup, Euro 2008 and 2012 combined.

Key moment: David Villa’s opening goal. As soon as Spain went ahead, there was no way back for an Australia side who, in the absence of their leading scorer, Tim Cahill, rarely threatened.

Man of the match: Andres Iniesta.was involved in the opening two goals and provided a passing masterclass throughout. Looks the ideal replacement for Xavi in the centre of Spain’s midfield.

Matter of fact: David Villa scored his 59th international goal in his 97th and final appearance for Spain. Fernando Torres scored his 9th goal at the finals of a major tournament – only David Villa, with 13, has scored more for Spain.

Talking point: Dead rubbers are rarely exciting affairs and this was no exception. However, there were one or two points of interest to emerge from this match, mainly in noting those players left out of Spain’s starting XI. The Barcelona-dominated line-up that has brought so much success to Spain, may well be a thing of the past.