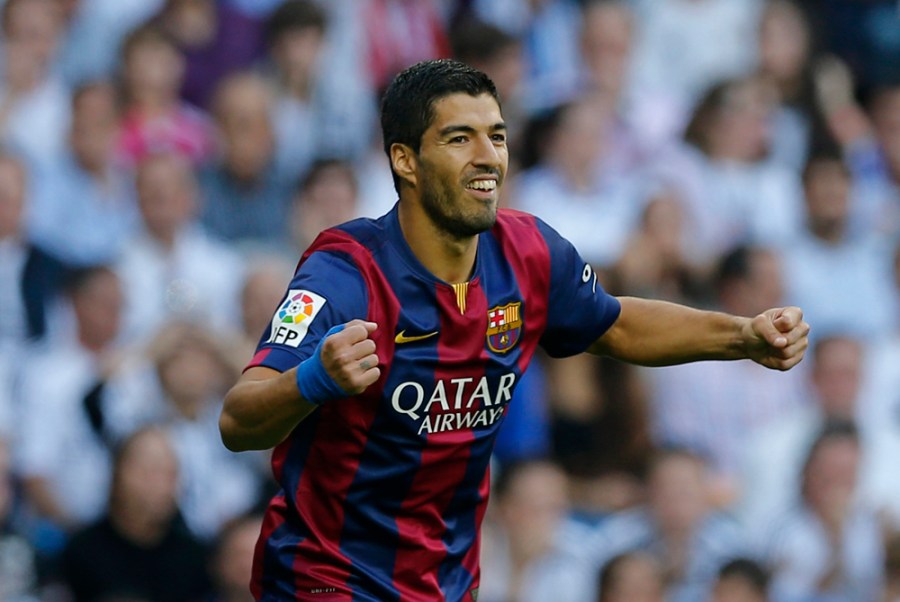 Barcelona’s sacking of Andoni Zibizarreta, the club’s Director of Football, followed shortly afterwards by the resignation of his deputy, Carles Puyol, has thrust into the spotlight the faultines at the Catalan club.

Zubizarreta had been with the club for four and half years, his tenure coinciding with the club’s greatest period of success. Though, by the time of his departure, the heady days, reaching its pinnacle when Barca swept aside Manchester United in the 2011 Champions League final, had given way to a period of slight but perceptible decline.

Since assuming the Director of Football role in the summer of 2010, a time when the club was arguably at the peak of its powers, Zubizarreta, whether by design or due to instruction from above, pursued a distinctive transfer policy. Huge sums were spent on recruiting players who could score goals, but relatively little on players whose job it was to stop them.

Among the first signings of the Zubizarreta era was David Villa whom Barcelona signed from Valencia for €40million. Alongside him came midfielder Javier Mascherano for €19 million, attacking midfielder Ibrahim Afellay for €3m and defender Adriano for €9.5 million.

The following year, Barcelona splashed the cash on the attack-minded duo Cesc Fabregas and Alexis Sanchez for €34 million and €26 million respectively. 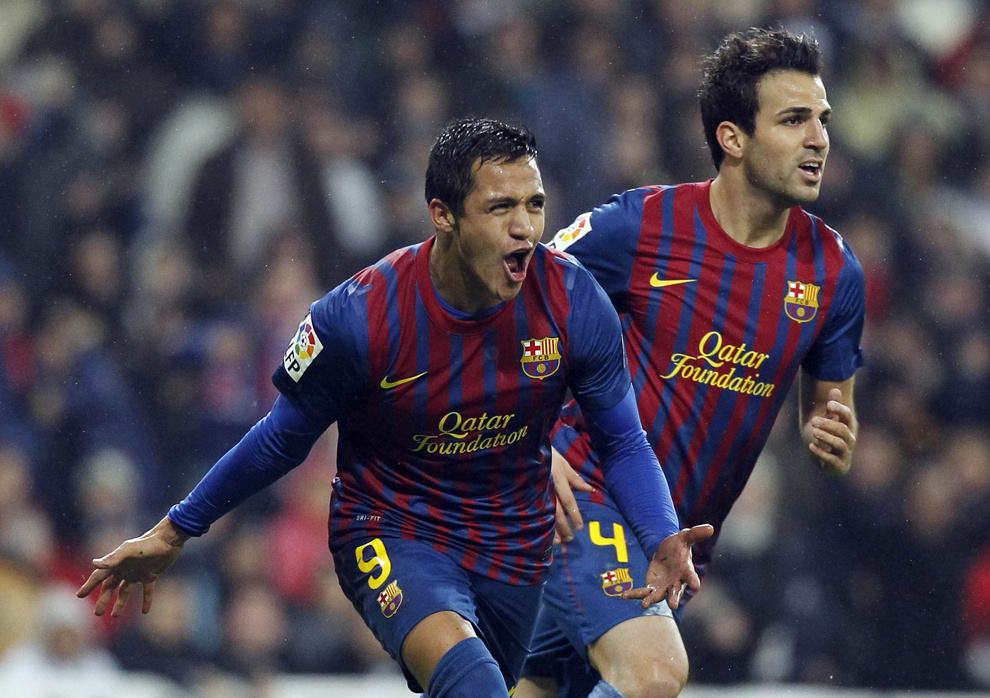 Alexis Sanchez, just one of a number of attacking players recruited by Andoni Zubizarreta,

In the summer of 2012, money was spent on Alex Song and Jordi Alba, neither of whom were renowned for their defensive duties, though in the case of Song, at least he was deemed – by reputation, if not deed –  to have some defensive capabilities. Significantly, unlike the attacking recruits of this era, neither would be classified as world class defenders.

Although Barcelona were not the dominant force they had been under Pep Guardiola, they were still the most feared attacking unit in Europe. That was until the Champions League semi-final of 2013 when they faced a buoyant Bayern Munich side.

The obvious imbalance in that Barcelona side, frequently masked by the outlandish attacking exploits of Messi, was brutally exposed by Jupp Heynckes’s side, who swept aside the Spanish champions 7-0 on aggregate. And worryingly for Barca, there were times during that tie when the German side, perhaps out of respect for their esteemed opponents, appeared to be taking it easy.

Barcelona’s response to that humiliation? The entire transfer budget was splashed on the Brazilian Neymar, an attacking foil for Messi, who but for injury, would almost certainly have eclipsed his own Spanish goalscoring record that season. Was the transfer policy predicated on the belief that they could outscore teams 8-7? 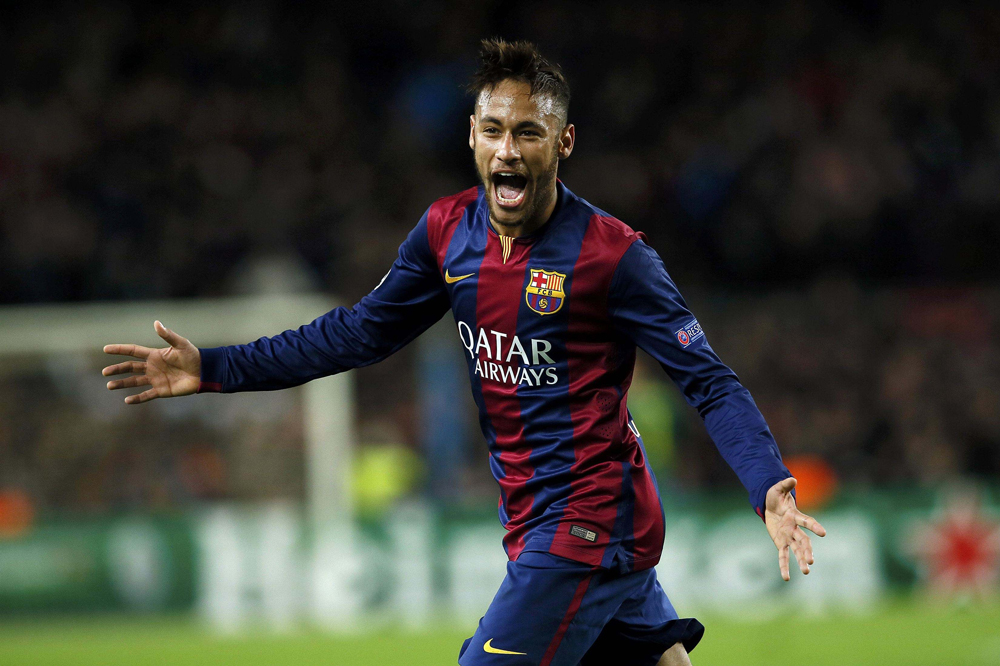 Barcelona’s responded to a 7-0 thrashing to Bayern Munich by signing Neymar.

Last summer, aware that a transfer ban was imminent, Barcelona spent with abandon. Controversial forward Luis Suarez arrived for €75 million, along with midfielder Ivan Rakitic, as well as two goalkeepers in Marc-Andre ter Stegen and Claudio Bravo. Perhaps mindful of the retirement of veteran defender Carles Puyol and the increasing vulnerability of his long-time partner Gerard Piquet, funds were even made available for a couple of defenders in Jeremy Mathieu and the injury-prone Thomas Vermaelen.

The former fits the Barca template in that he can play a multitude of roles, while the latter has yet to play a minute for the first team due to a succession of injuries that will keep him out of action for the rest of the season.

With a transfer ban now a reality, this is all Barcelona have to work with for the next 12 months. Hope of the fabled La Masia academy cultivating the talent to plug the gaps, looks like wishful thinking.

The last player to have emerged from the academy? That would be Sergio Busquets, now 26, who established himself as a first team regular in the 2008-09 season.

The seemingly endless production line has spluttered to a halt and like many before them such as Ajax in the early 1970s or Manchester United in the 1990s, Barcelona’s recipe for producing homegrown talent looks increasingly like a fortuitous and unrepeatable outlier.

Barcelona still brush aside most teams in Spain, but as we saw against Bayern in 2013, Atletico Madrid last season – on more than one occasion – and against Real Madrid this, when they come up against the stronger, better organised sides, they no longer have things their own way. Indeed, they look what they are: a team blessed with attacking talent, fatally undermined by a porous defence.

Indeed, the contrast with Calo Ancelotti’s Madrid, a side which has lavished money on attacking talent in recent years, could hardly be more pronounced. They have spent indulgently while the sun has been shining, but they had the foresight not to neglect the foundations of their house.

Barcelona, meanwhile, believing they had discovered the elixir for eternal success, steadfastly refused to carry out essential maintenance work. Their house, though impressive from a distance, is beginning to show signs of wear and tear. That is not going to change over the next 12 months. That is Zubizarreta’s legacy.