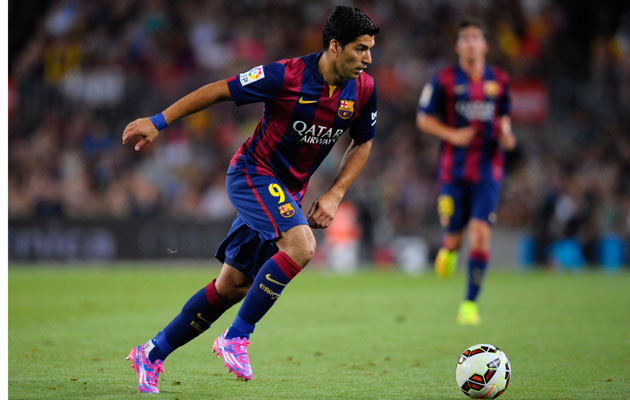 FIFA have rejected Barcelona’s appeal against a transfer ban, meaning the Spanish club will be unable to sign players until January 2016.

The Catalan outfit have confirmed they will appeal against the decision and will take their case to the Court of Arbitration for Sport (CAS).

The Spaniards were given the 14-month ban after being found to have breached rules on signing international players under the age of 18.

It was suspended as they appealed, allowing them to sign several players this summer. Concerned that the stable door was about to be bolted, they managed to sign Luis Suarez from Liverpool for £65m, Claudio Bravo from Sociedad for £9.5m, Ivan Rakitic from Sevilla for an undisclosed fee, Jeremy Mathieu from Valencia for £15.8m, Thomas Vermaelen from Arsenal for £15m, Marc-Andre ter Stegen from Borussia Mönchengladbach for £10m and Alen Halilovic from Dinamo Zagreb.

If the ban was intended to limit their transfer activity, Barcelona took full advantage of its suspension to nullify the potential damage.

The upheld ban will start in the next transfer window, early next year

It means their summer acquisitions will be unaffected and somewhat perversely, the club could, if they wanted, sign more players before the current transfer window ends on 31 August.

The Spaniards have also been ordered to pay a fine of 450,000 Swiss Francs (£305,000) and been told by FIFA “to regularise” the situation of all minor players concerned.

“FC Barcelona is to serve a transfer ban which will see the club prevented from registering any players at both national and international level for two complete and consecutive transfer periods,” read a FIFA statement.

“As such, Barcelona are to serve a transfer ban which will see the club prevented from registering any players at both national and international level for two complete and consecutive transfer periods, starting with the next registration period (January 2015) given that the appeal of the club had been granted suspensive effect by the chairman of the FIFA Appeal Committee.

Barcelona, however, have not taking the ban lying down, and said they will continue to appeal the ban by referring the case to CAS.

“Following the resolution announced today by the FIFA Appeals Committee on violations of regulations regarding the transfer and registration of children aged under 18 years, FC Barcelona announces that it shall continue defending its interests before the highest sporting authority, in this case the Court of Arbitration for Sport (CAS),” a statement reads.

“FC Barcelona may not in any way share a resolution that is an affront to the spirit of our Masia, a world renowned example of academic, human and sporting education.”

Meanwhile, the Spanish Football Federation (RFEF) has been told to pay a fine of 500,000 Swiss Francs (£340,000) and told to “regularise its regulatory framework and existing system concerning the international transfer of minors in football” within a year.