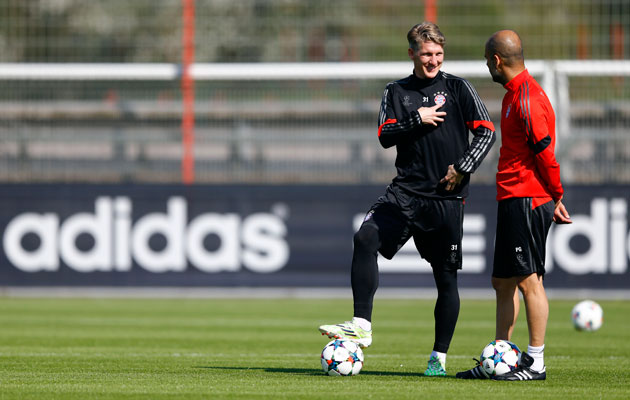 Bastian Schweinsteiger has been told that he can choose whether he wants to stay or leave Bayern Munich,

The 30-year-old Germany midfielder has been linked with a move to Manchester United where the World Cup winner would be reunited with former Bayern coach Louis van Gaal.

Current Bayern coach says he will leave it up to the World Cup winner to decide where his future lies.

“If Schweinsteiger wants to stay here then that’s perfect. He’s a top player,” Guardiola said. “Of course I am planning to work with Basti next season. Basti has to decide.

“Basti has managed a great career. He must decide what he does alone. I told him, the future depends on you.“

Schweinsteiger has spent his entire career with the German champions, winning the Bundesliga title eight times overthe course of 8 seasons.