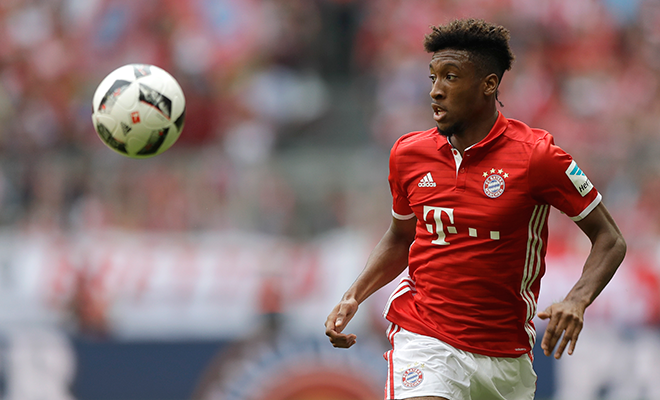 Bayern Munich coach Carlo Ancelotti has insisted that Kingsley Coman will not return to Juventus at the end of the season.

The France international joined Bayern from Juventus on a two-year loan deal in August 2015 for an initial fee of €7 million, with the option to sign the player on a permanent basis for €21m.

After scoring six times and supplying 11 assists in 35 outings last term, the 20-year-old has yet to score or create a goal this season.

But, Ancelotti has ended speculation about the player’s future by insisting Bayern will not let him return to the Italian champions.

“Kingsley is staying at Bayern. We are counting on him,” Ancelotti told Tuttosport.

“There is absolutely no way that he will return to Juventus.”