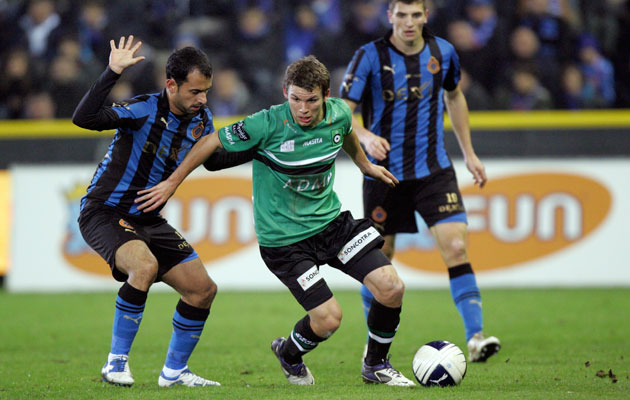 Belgian footballer Gregory Mertens has died four days after he collapsed on the pitch with a heart-related condition.

Mertens, a former Belgian Under-21 international, collapsed on the pitch after 15 minutes of Lokeren’s reserve game against Genk on Monday after suffering cardiac arrest.

“Something has happened that no one could ever suspect or dare imagine. Far too soon, we say goodbye to Gregory Mertens,” a statement on the club’s official website read.

“We are a football club. Everyone in and around this club breathes football. But suddenly something happens and we realise that football is just football. Today is such a time.

“The medical staff has done everything to save Gregory, but they finally had to acknowledge their impotence. Gregory died around 16.30CET. The family has been able to say goodbye.

“Gregory was only at Lokeren for one and a half years, but in that short time, through his quiet modesty, he showed to be an indispensable person. Now we will have to learn to live with the loss.

“We realise that these are incredibly difficult moments for the family. We offer them, in the name of the whole club, our sincere condolences.

“Gregory, we will miss you!”

He received treatment on the pitch and was placed on a life support machine in Genk hospital, but his club confirmed that he passed away on Thursday afternoon. He was 24.

After he collapsed Lokeren released a statement stating that the reason behind Mertens’ heart condition is yet to be established, though they added that the defender passed the necessary health tests that UEFA require players to undergo during the close season.