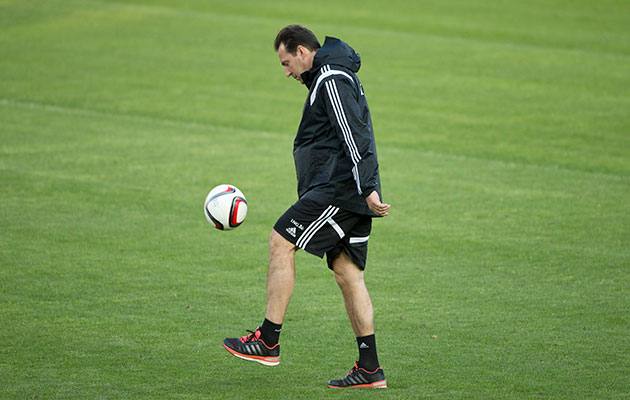 The Belgium national team have cancelled their scheduled training session in the wake of the explosions at Brussels airport and on the city’s metro network on Tuesday morning.

All flights have been cancelled and residents of the city have been advised tio stay indoors for the time being. Belgium’s terror alert level has been raised to maximum. Security has also been tightened at all Paris airports.

The Royal Belgian Football Federation (KBVB) said via its Twitter account for the national team that “football is not important today” and that their thoughts were with the victims as they cancelled their training session ahead of the friendly with Portugal on March 29.

#tousensemble, our thoughts are with the victims. Football is not important today. Training cancelled.

Liverpool goalkeeper Simon Mignolet also wrote ‘#Zavatem’ – the name of the airport which was attacked – with a praying emoticon.

The explosions happened only days after Salah Abdeslam, the prime suspect in the Nov. 13 Paris attacks that killed 130 people, was arrested in Brussels.