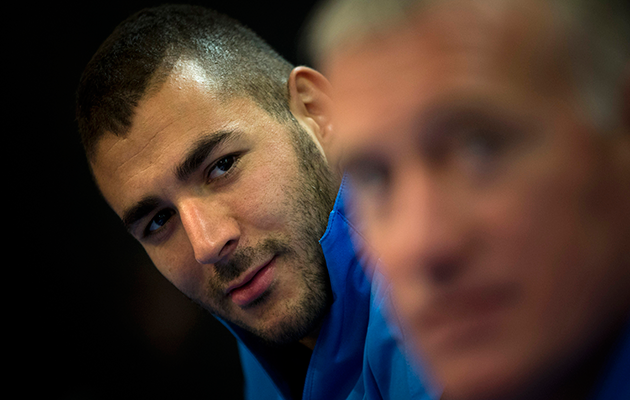 Karim Benzema has criticised Didier Deschamps, claiming the France coach “has bowed to the pressure of a racist part of France” by leaving him out of the Euro 2016 hosts’ squad.

Deschamps left out the Real Madrid striker from his squad after the national federation ruled against his return when he was implicated in an alleged blackmail plot involving his France teammate Mathieu Valbuena.

Earlier this week, former France international Eric Cantona suggested that Deschamps had left Benzema out of his squad, along with Nice forward, Hatem Ben Arfa, because of their ethnic backgrounds. The France coach subsequently confirmed he would sue his former international team-mate.

However, Benzema agreed with Cantona, blaming his omission on the influence of the right-wing National Front.

“He has bowed to the pressure of a racist part of France,” Benzema told Marca.

“He has to know that in France the extremist party reached the second round in the last two elections.

“I do not know, therefore, whether it is a decision only for Didier because I’ve gotten along with him, with the president, everyone.”

Benzema argued that he should be presumed innocent until proven guilty, and that his performances for Real Madrid this season justified him being picked by Deschamps.

“In sporting terms, I do not understand why,” Benzema said.

“At the judicial level, I have not been judged. I am not guilty, so we have to wait to see what the justice says.

“I like football and to play with my team.”

The French Football Federation confirmed in April that Benzema would not be selected for the Euros, stating: “The ability of players to work towards unity, within and around the squad, exemplarity and the preservation of the squad are also taken into account.”

“As a result, Noel Le Graet and Didier Deschamps have decided that Karim Benzema will not be able to take part in Euro 2016.”