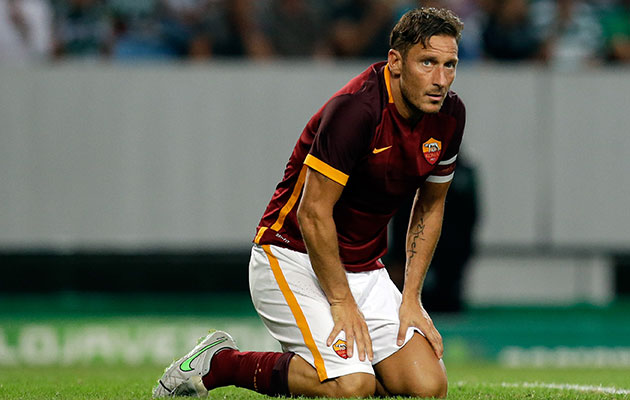 Milan President Silvio Berlusconi has spoken about the future of Roma captain, Francesco Totti, who has fallen out with coach Lucian Spalelletti in recent months.

With the veteran playmaker getting very little playing time this season there has been speculation that he will leave the Stadio Olimpico in the summer. However, Berlucsoni, a long-time admirer of Totti, hopes a role can still be found for the one-club man.

During an interview in February, Totti complained about a lack of respect from the club, prompting an angry response from Spalletti who ruled him out of the squad for the home fixture against Palermo.

Berlusconi thinks the 39-year-old should accept that his playing career is drawing to a close and focus instead on what contribution he can make to Roma’s cause off the field of play.

“I don’t see much future in Totti as a player, but he can still play a major role for the club,” the Rossoneri president told Tele Radio Più.

“I think he should find the best way to stay close to Roma, possibly involved with the youth academy. I never thought about signing Totti because you don’t either sell or buy symbols, but I would’ve liked having him at Milan.”

Totti, Roma’s all-time leading apearance maker and goalscorer (594 and 300 respectively,) has made just six appearances this season, scoring one goal for Spalletti’s side.