Mino Raiola, the man behind Paul Pogba’s world record transfer from Juventus to Manchester United, received €27 million as his cut from the deal.

Pogba returned to Old Trafford in a deal worth €105m (£89.3m) on August 8, with sources saying Raiola’s fee had been the final sticking point in the talks.

“He [Pogba] came from United for a price of around €1.5m,” Marotta said. “After four years with us he decided to return to England. He wanted to leave at all costs. Our asking price was €105m plus €5m in bonuses, which is payable if the player renews with United or leaves for a fee of more than €50m. 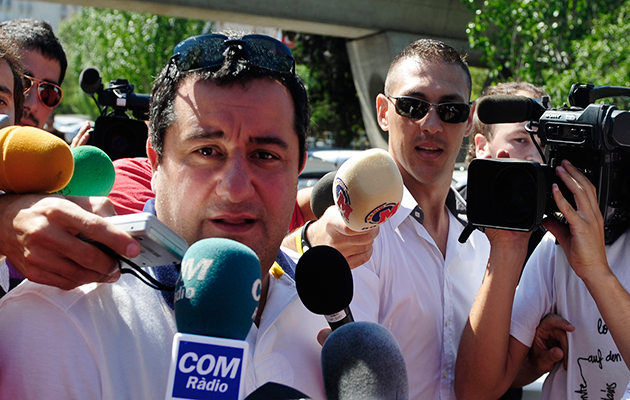 Mino Raiola’s fee was believed to be the main sticking point holding up negotiations in the Pogba deal.

“That brings us to a capital gain in the budget of €95m. Mino Raiola and his company will be paid €27m. Taking fees into account, the total gain for Pogba was €72m. Even then we didn’t want to sell him, we wanted to put in French roots at Juventus.”

Pogba, 23, has so far struggled to justify his fee at Old Trafford, with United manager Jose Mourinho forced to defend the performances of his record signing.

“He has unbelievable potential, he has years and years to develop his game, so the expectation and investment from the club is exactly based on that,” Mourinho told Sky Sports.

“A super player for the next seven, eight years, 10 years, and getting better and better at every level – that is our expectation.

“He’s a top player and I think he could be a phenomenal central defender, with the quality of his pass, his aerial game, his agility in such a big body.

“For the defensive side of the game, coming from the back with the ball he could be a phenomenal central defender too. So he can play in so many positions.

Mourinho insisted that Pogba’s slow start to his United career was simply due to him taking time to adapt to the demands of English football.

“I think it’s really difficult to play and to adapt from different realities. But he is a phenomenal player.”