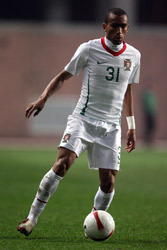 Chelsea defender Jose Bosingwa has been ruled out for around three months after undergoing surgery on his left knee.

The 27-year-old has been out of action since mid-October and will now not return until the new year.

There was better news for the Premier League leaders with England left-back Ashley Cole not needing an operation following his shin injury.

A statement on the Chelsea website said: “Ashley Cole is suffering from an aggravation of a depressed fracture of the tibia, originally picked up against Atletico Madrid at Stamford Bridge. The injury will not require surgery.”

Bosingwa, meanwhile, has a longer battle on his hands to return to action.