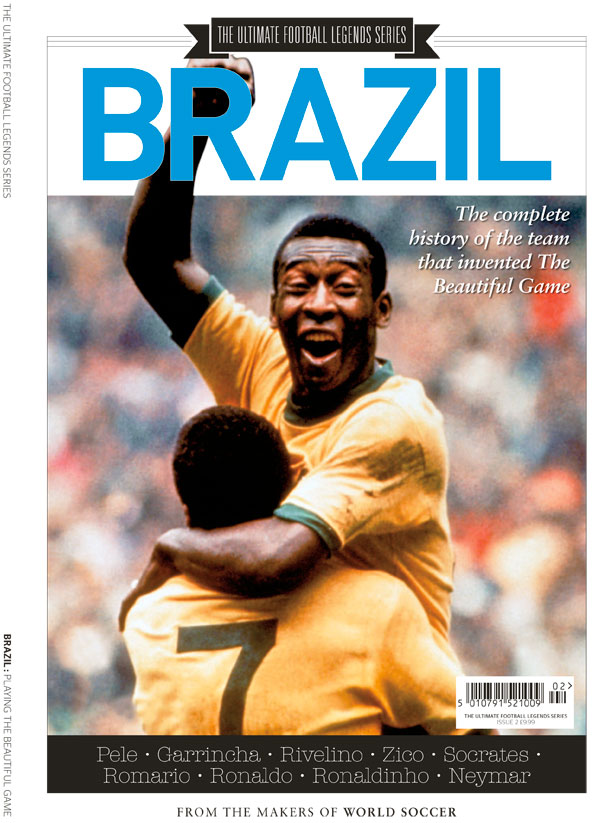 The latest release from World Soccer’s collection of one-off Special Issues, celebrates Brazil, the greatest footballing nation of them all.

Using a host of World Soccer archive material and freshly commissioned articles, this 148-page special focuses on Brazil’s World Cup campaigns, the star players, the memorable matches and the characters that have helped influence and shape the Brazilian approach to football.

Since 1958, when Brazil won their first World Cup in Sweden, football fans the world over have been thrilled by a succession of great Brazilian teams and marvelled at the likes of Pele, Garrincha, Socrates, Ronaldinho and Ronaldo. Not only have Brazil won the World Cup a record five times, they have done so playing a brand of football that excites and inspires.

Including beautiful photography from the earliest days of Brazil’s international journey and printed on superior paper, World Soccer has captured the magical story and evolution of Brazil as a footballing nation. This is a collector’s edition which will enthrall any football fan.

The Brazil special is available in all good newsagents and bookstores, but you can also buy it from our online store by clicking here.