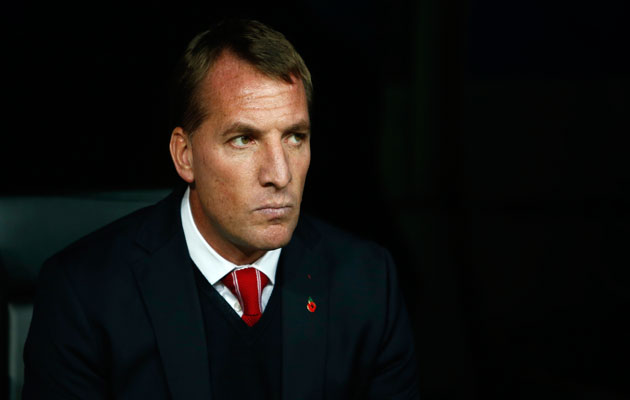 Liverpool boss Brendan Rodgers has defended his  selection for the Champions League after at Real Madrid after he was accused of “throwing in a white towel”.

Seven of the Liverpool’ starting XI from the weekend defeat by Newcastle – including team captain Steven Gerrard and the club’s most impressiver performer this season, Raheem Sterling – began Tuesday’s 1-0 loss on the bench.

“I didn’t see this as a big showcase game where I had to play the so-called names,” said Rodgers afterwards.

“It might have seemed a gamble but for me it wasn’t.”

When Liverpool’s team was announced, former England international and current Match of the Day presenter, Gary Lineker, tweeted that the selection was not befitting a club of Liverpool’s stature.

Rodgers has left out Henderson, Sterling, Balotelli, Gerrard and Coutinho at Real Madrid. He has, though, thrown in a white towel.

Selecting a weakened side in Europe's premier competition, especially against Real Madrid, is unbefitting of a club of Liverpool's stature.

Rodgers responded: “I think the performance says the words. Gary is a figure who I respect and was a top player in his day but he’s never been a manager, so he has never truly understood what it is like in terms of picking players.

“I respect his opinion but I think the words were played out by my team. The performance was far from throwing the white towel in. Right to the very end my players put in a performance befitting of the wonderful club this is. That would be my answer.

“I am not really bothered by criticism. We do not have a team with a consistent run of form winning five or six games consecutively so the changes were to get a performance and result. That is what happens. As the manager you are open to criticism whether it is deserved or not – and I do not worry what people think or say, I worry about my players.

“This was my idea. I had to go with my gut feeling, and my gut feeling was that the performance on Saturday was not as good as we wanted.

“We are trying to adapt new players into our ways of working and because we do not have as much time for training, we have to look at them and develop them in games at the moment.”

As to the suggestion that Liverpool’s repuation in Europe suffered as a result of Rodgers picking what was effectively a Capital One Cup XI, the consensus was that it certainly hasn’t enhanced it.

Canal Plus and Cuatro presenter Julio Maldonado said on Twitter: “Tough to believe it, but Liverpool line up without Gerrard and Sterling. Irrespective of the result, I think a giant club like Liverpool and the greatest competition don’t deserve that.”

Meanwhile, Marcos Lopez, from Spain’s Marca added: “Without any English players in the starting line-up, Liverpool were devoid of intensity or passion and greatly damaged their reputation. It looked like a friendly on a summer tour to America.”