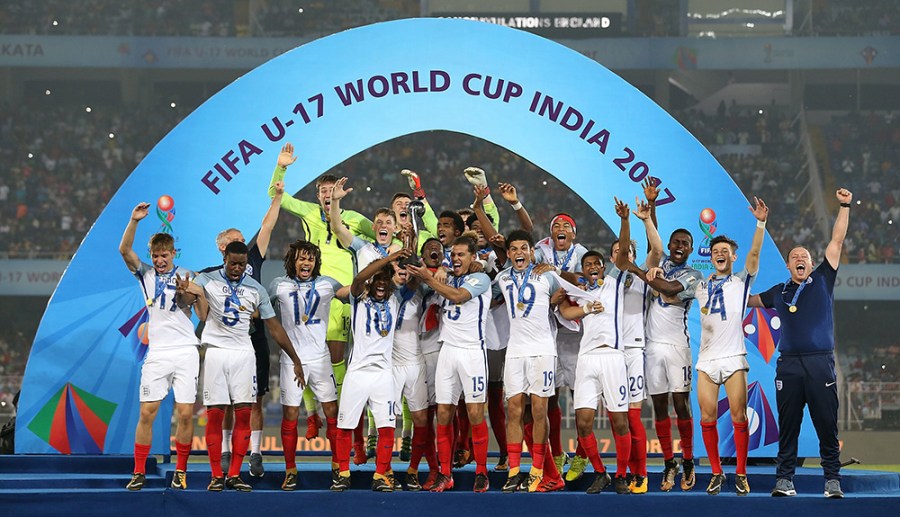 The glorious victory of England’s dazzling Under-17 team in their world championship may have had its outstanding player in Manchester City’s Phil Foden. Just as significant, even more so perhaps, in that no fewer than five of that team are Chelsea’s books. Antonio Conte was pleasingly quick to eulogise them; but what is their future?

That so many of that splendid team were Chelsea products, while the penetrative and prolific centre-forward Rhian Brewster, was also at Chelsea, before he wisely and precociously took off for Liverpool, elicits mixed feelings. Great admiration and praise for Chelsea’s excellent youth system, adept both in discovering and developing young players. Some feeling of alarm at the fact that they and their antecedents so rarely get a decent chance in the top teams.

In particular the name of one of them, George McEachran, raises certain uneasy analogies. For his brother is none other than Brentford’s midfielder Josh. He did indeed quickly and most promisingly make the first team at Chelsea, becoming a highly paid teenager. But it didn’t last and he was sent on his travels round the provinces. Recently I saw him come off the bench at Brentford.

Chelsea have all that Abramovich money behind them and can largely buy whom they want, however expensively. With more than 30 of their young players already out on loan, it is hard to share Conte’s optimism.

The under-17 World Cup success, coming hot on the heels of several teenaged others, shows just how much talent is emerging in English football; and just how much of it is black. Black youngsters’ contribution has been splendidly disproportionate.

One’s mind goes back, not all so many years, to when there was such prejudice in the English game against them. Myths such as that a black player could never be relied on on a cold night in say Middlesbrough. I always thought this nonsense at the time and even wrote a short story about it, Black Magic, about a young black player disparaged by a racist coach, who moves to another club, returns to play resiliently against his old one, to the discontent of the coach who had disparaged him.

To my delight, it was published not only in a London paper but reprinted in the leading West Indian newspaper, The Voice. My campaign on behalf of young black players also brought a threatening letter from some putrescent little neo-fascist organisation which I duly ignored.

Speaking of black players, I was delighted to observe the glorious solo run by Leicester City’s young Demarai Gray; a run which brought him from deep in his own half to deep in Everton’s, beating no fewer than four opponents on the way as he cut in from the right, eventually to lay on a straightforward goal. This is a player I first watched and admired when he was playing for Birmingham City. He is well worth a place in the England attack, and I hope Leicester now have the good sense to use him regularly.

Last Saturday I watched Wolves – in black, alas, rather than old gold – deservedly go down to QPR, 2-1. Though they were top of the Championship and fresh from a gallant League Cup performance at Manchester City, you wondered why they have been riding so high.

A QPR team deep down the League was certainly superior and thoroughly deserved their win. Which made you wonder about the quality of the Championship in which QPR are toiling in the lower reaches.

Nor far from Shepherd’s Bush we find the enigma of Fulham, who with their array of talent and high potential, should surely be making a strong challenge at the top. Not a bit of it alas and while QPR were doing so well, Fulham only avoided deep into stoppage time a home defeat by the bottom club, Bolton.

Incidentally, Steven Sessegnon, the twin brother of Fulham’s versatile left flanker Ryan, figured in the England team which so heavily defeated Spain. Right-back on this occasion.