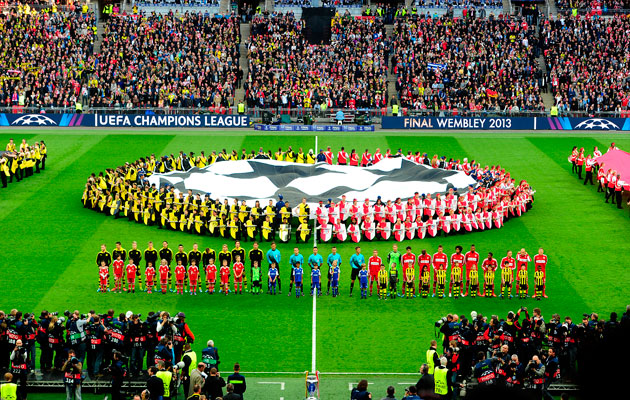 Bundesliga chief executive Christian Seifert says the German league would not consider playing matches overseas out of concern for supporters.

Seifert was speaking after after the prospect of the Premier League matches playing overseas raised its head again.

The original idea was rejected in 2008 but this time, rather than a 39th game, the clubs are examining the possibility of playing a regular round of fixtures abroad.

Chairmen of the English top-flight clubs discussed the plans at their most recent meeting, and there remains a desire on the part of many sides to forge ahead with the controversial overseas match.

In the wake of the successful NFL experiment of playing fixtures at London’s Wembley Stadium, plans for an overseas fixture have resurfaced.

Seifert is uncertain whether FIFA would agree to the idea, but was adamant it is not something the Bundesliga would pursue.

“I think it’s a creative idea, I’m not sure it would work with FIFA,” Seifert said at the Leaders in Sport conference in London.

“We have a completely different approach about our idea of German football.

“For the financial side it would be maybe a good idea to play a matchday all over the world, but for the supporters who are visiting 34 games of that club, no matter if it’s snow or rain or wind or whatever and they’re travelling.

“And on that game that has the impact that the team is going to be relegated and they cannot be there, because it’s in Thailand – I think this would not be an approach for the Bundesliga.”

Meanwhile, in England, the Football Supporters’ Federation announced its objection to the proposals.

In a statement on its website, fsf.org.uk, FSF wrote: “The FSF is against the proposals as they have been reported, and will be consulting with Premier League fans’ groups and individuals to formulate an appropriate response.

“Once again the idea of potentially huge changes to the game has arisen without consultation with one of the groups who matters most – the fans.

“If the reaction to previous incarnations of ‘Game 39’ and the idea of matches abroad is anything to go by, we expect this proposal to be met with the strongest possible opposition from supporters.

“The potential impact on the value of season tickets, which would see fans of half the Premier League clubs missing out a home match, could be enormous.

“Inevitably some of the fixtures to be moved will be either local derbies or other high-profile fixtures.”

There was a high-profile opponent of the idea. Former England striker, Gary Lineker, who currently presents the long running Match of the Day programme, voiced his disapproval via Twitter.