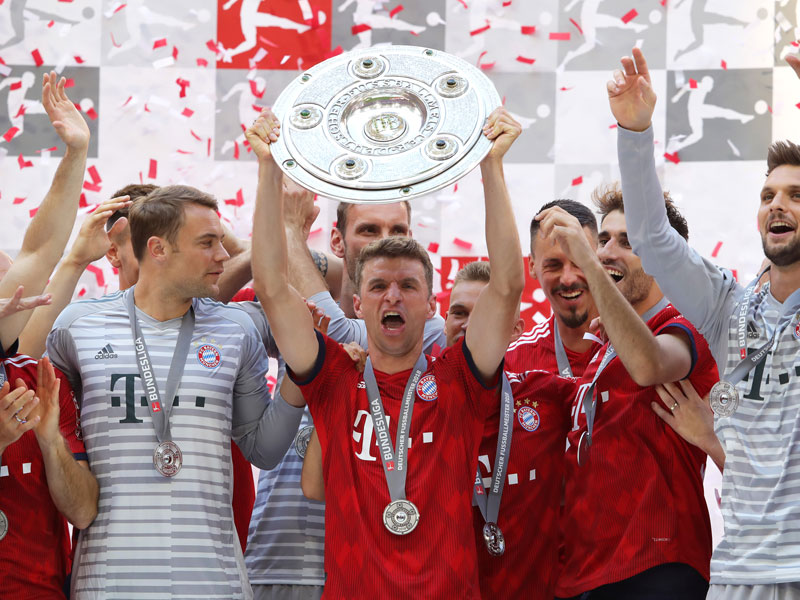 Newly appointed Bayern Munich coach Niko Kovac could not stop smiling in pre-season. And why wouldn’t he be grinning from ear to ear? The former Croatia and Eintracht Frankfurt boss now has the keys to a footballing juggernaut, a club which has comfortably claimed the last six Bundesliga titles and should, if logic is respected, make it seven.

In a championship where extreme competitive imbalance has become the norm, Bayern simply have too many weapons. Their squad is a mediocrity-free zone, stuffed to the gills with world-class talent. They have the knowhow, consistency and winning mentality. And underpinning all that they are the fourth richest club in the world, overflowing with TV, sponsorship and merchandising cash. While domestic opponents stutter and slip, Bayern just press on, rarely making bad boardroom calls and never losing their trademark on-field hunger.

Not that the Bavarians can afford to be complacent this season. Indeed, in certain areas the alarm bells are ringing. Golden oldie wingers Franck Ribery and Arjen Robben, so crucial in the past, are now in last-curtain-call territory. They also have far too many midfielders under contract and then there may be the risk of a World Cup hangover. 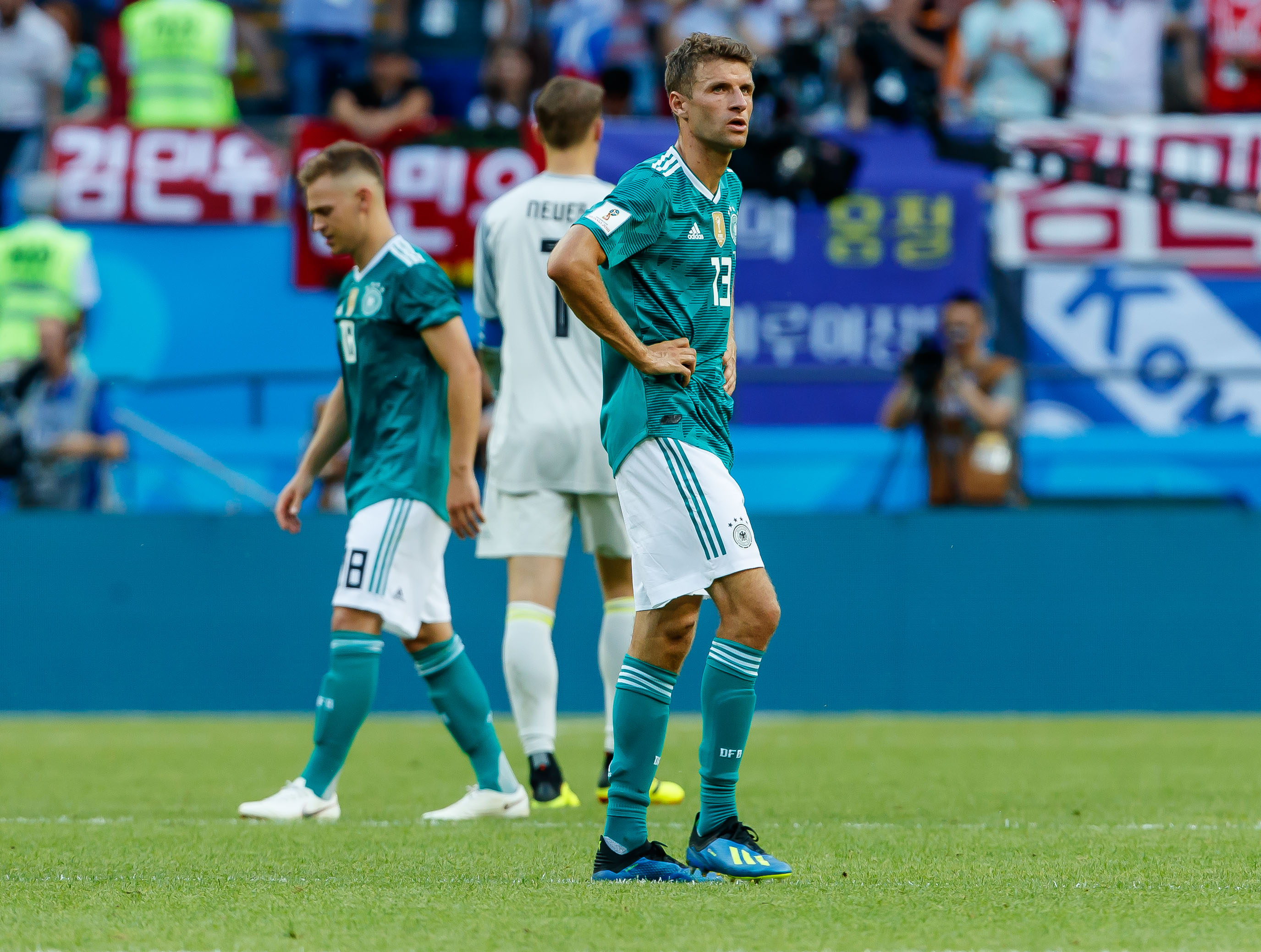 Of the 11 Bayern men who took part in Russia 2018, not one performed convincingly for their respective nations, and Mats Hummels, Joshua Kimmich, Thomas Muller and Robert Lewandowski will not find it easy to promptly banish those underachieving blues. Incredibly, not one Bayern representative scored in the first phase of the tournament. Compare that big fat zero with the 18 strikes Bayern players accumulated at the same stage of Brazil 2014.

Lewandowski’s state of mind will be of particular concern. Only a few months ago his agent, Pini Zahavi, was making it plain that the Pole was keen to leave. But with Bayern refusing to countenance a sale, the prolific marksman has had to row back. How will he react to the “golden handcuffs” treatment?

Another big Bayern question mark relates to Kovac himself. He has not previously worked at a high-ranking club and, as everyone is aware, he was not first choice for the job, with the Allianz-Arena hierarchy only turning to him after Jupp Heynckes refused a second year as interim boss and Thomas Tuchel opted to set up home at Paris Saint-Germain. 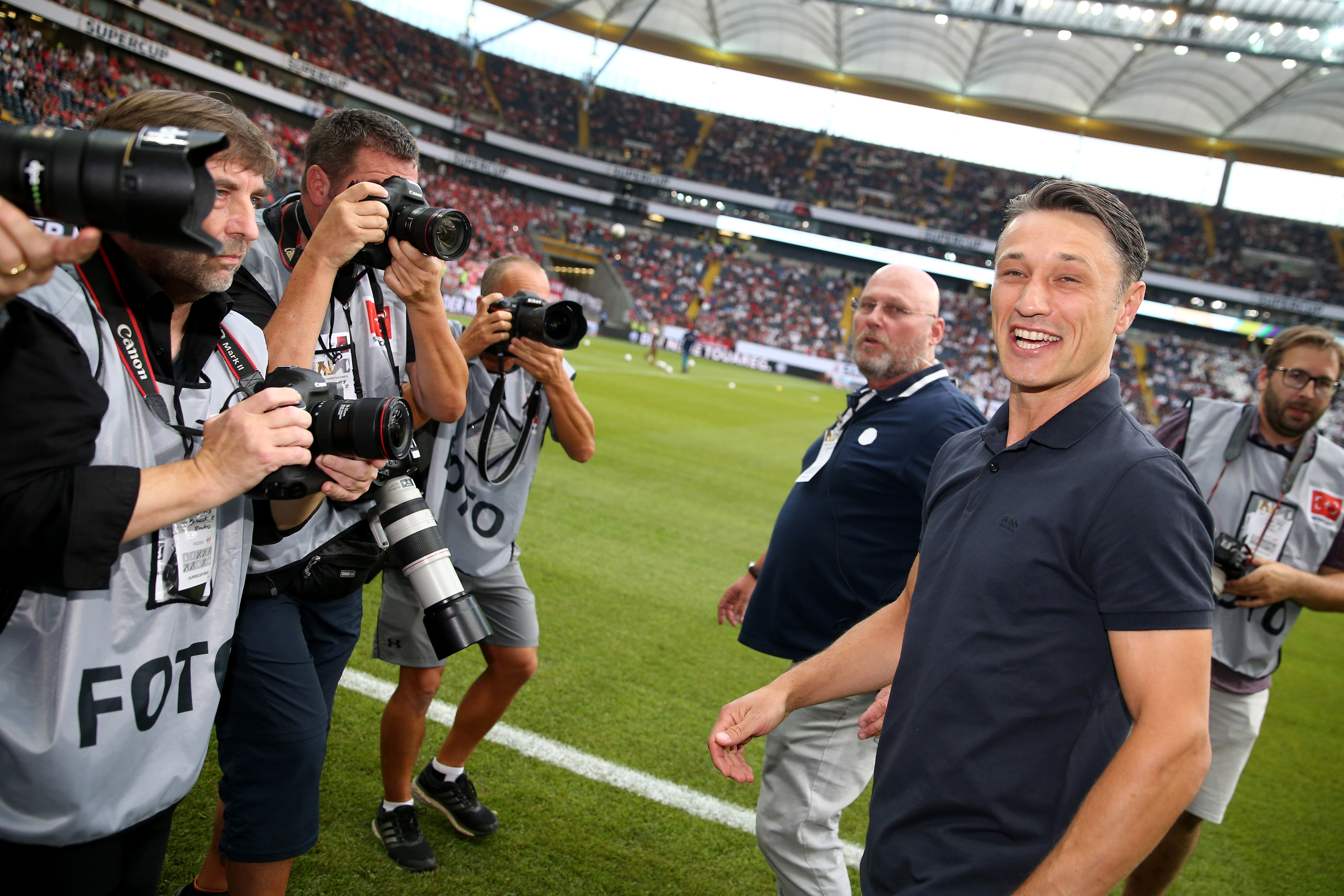 The architect of Eintracht’s shock victory over Bayern in last season’s German Cup Final, the 46-year-old Kovac is by no means a slouch. He knows his tactical and organisational onions, is smart and charismatic, clearly has a flair for producing combative teams, and as a former Bayern midfielder is familiar with the pressure-cooker atmosphere at the club. But will that be enough? The egos at Bayern take some handling and, on the face of it, Kovac and his new team look like a mismatch, with the new coach’s counter-attacking strategy in marked contrast to the champions’ possession-based approach.

Interesting that Kovac sees himself as latest gunslinger in Dodge/Munich. “I’ve just put the first notch on my pistol,” he recently declared, referring to Eintracht’s cup triumph, which was his first silverware as a coach. “And I hope there will be more notches to come. Obviously, I’m aware that Bayern is a place where you have to be successful. I think it’s an advantage that I once played for this club and know how they think here. Growing up in Berlin I learnt how to battle and came to realise that talent alone is not enough. The players should follow that example.”

Dazed and confused in the wake of the country’s World Cup nightmare, fans in Germany are in need of a tonic – and nothing would work better than a genuine fight for the Bundesliga crown. Not since Borussia Dortmund won the title in 2012 has anyone come close to puncturing Bayern’s bubble, and even they would probably appreciate a tougher stress test and an end to the foregone conclusions of the last six seasons – complete with an average winning margin of 16.6 points. 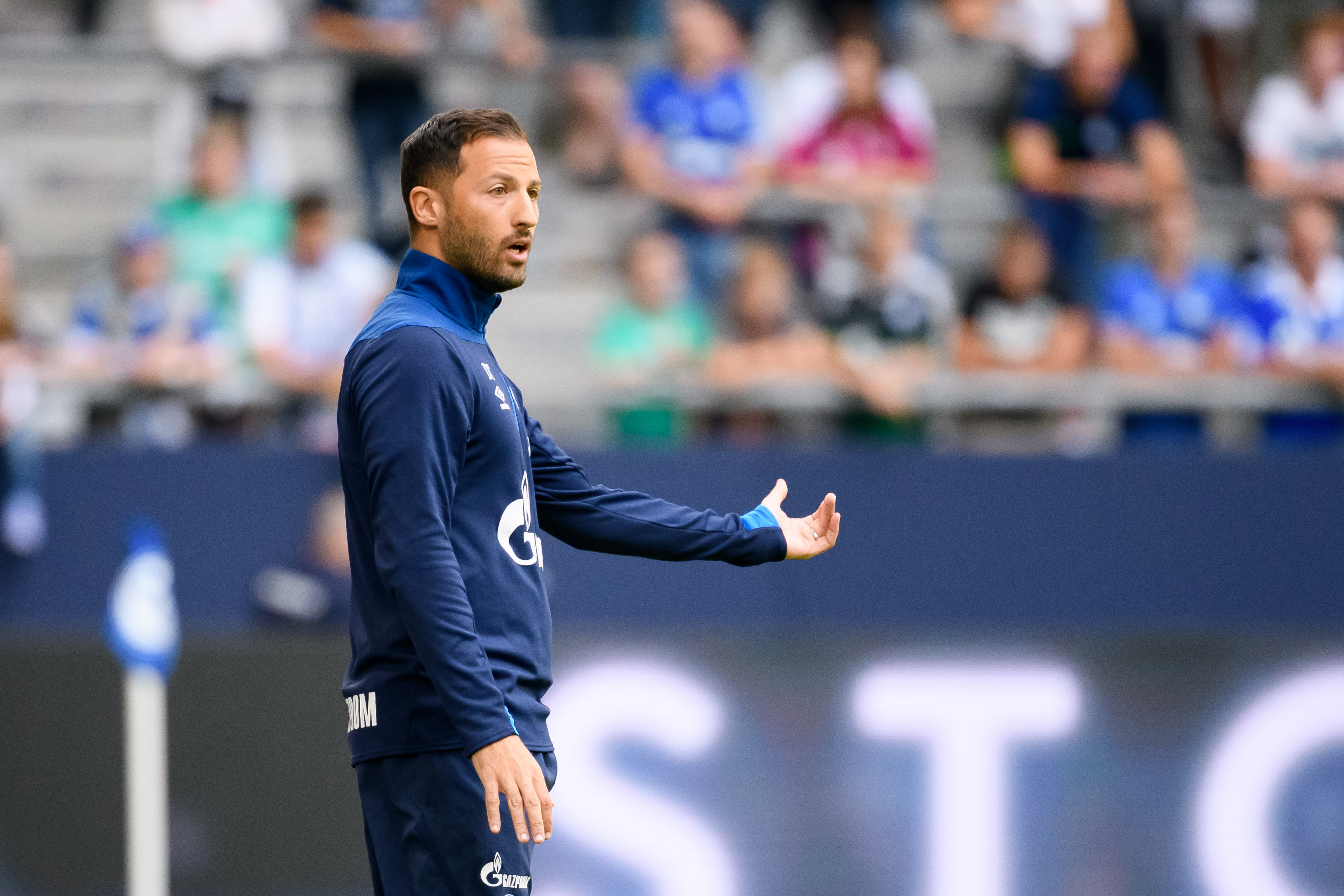 The likes of Dortmund, RB Leipzig, Schalke, Hoffenheim, Bayer Leverkusen and Stuttgart cannot merely cross their fingers and pray for act of god to strike Bayern down. The chasing pack have to become stronger and, whisper it gently, they do have the potential to move onwards and upwards. Schalke and Hoffenheim – second and third last time out – have two brilliant young coaches in Domenico Tedesco and Julian Nagelsmann.

After only finishing fourth last season, Dortmund have been busy putting the foundations in place for double-quick renewal. New boss Lucien Favre – formerly at the helm of Hertha, Borussia Monchengladbach and Nice of France – is one of those rare breed of leaders who promotes both the solid and the swashbuckling, especially adept at setting up lightning counter-thrusts. 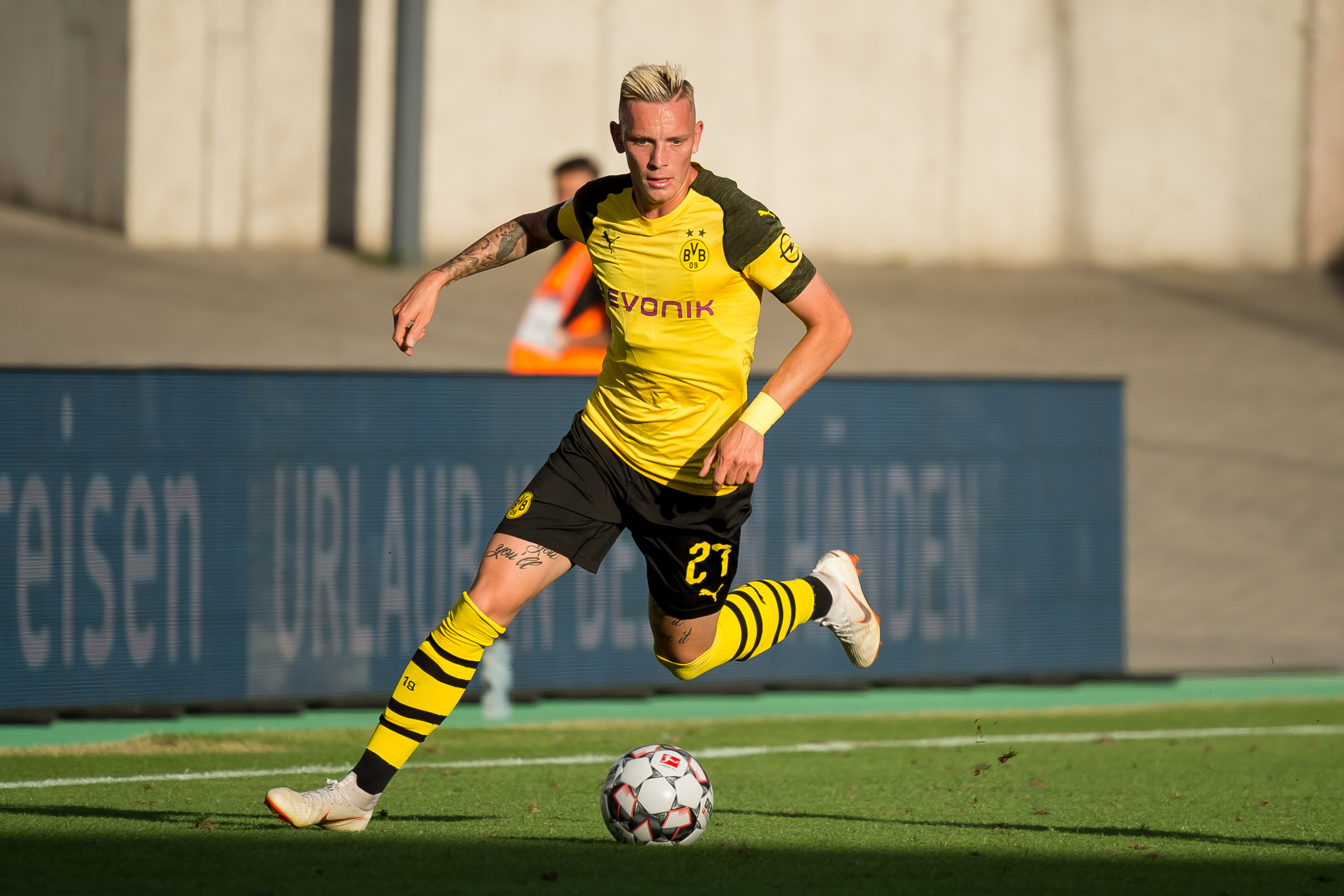 Marius Wolf has been signed to Borussia Dortmund (Getty Images)

Dortmund personnel supremo Michael Zorc very much deserves an A grade for his efforts this summer, the fruits of his labours including a triumvirate of bright young things in French central defender Abdou Diallo from Mainz, versatile Eintracht Frankfurt midfielder Marius Wolf and Moroccan right-back Achraf Hakimi on loan from Real Madrid. Diallo, for one, certainly looks a confident type, asking: “Why can’t we aim for first-place ?”

As ambitious as ever, RB Leipzig also look in good shape, with Ralf Rangnick assuming the dual-role of director of sport and “Trainer”. Due to hold the fort until the arrival in the 2019 close season of Nagelsmann, Rangnick was RB’s coach when they won promotion to the top flight in 2016 and remains one of the sharpest thinkers in the German game.