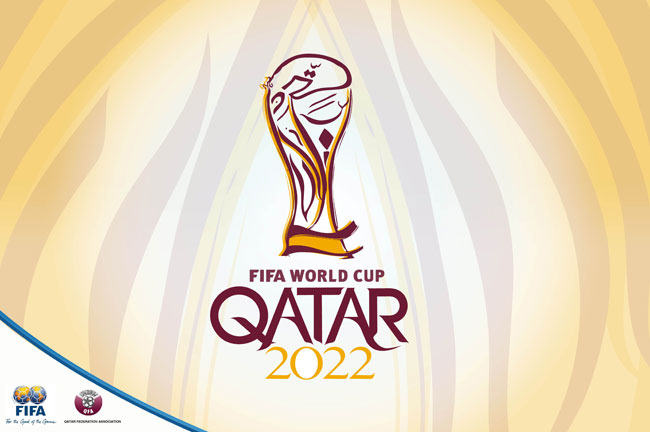 A new war of words has erupted between Qatar’s 2022 World Cup organisers and international trades unionists in the dispute over workers’ conditions.

World federation FIFA, whose executive committee reviews the issue later this week, sits in the middle, looking one way and another, like a spectator at a tennis match.

The heart of the issue is the kafala system of tied employment – described by critics as modern slavery – and concern that many employers turn a profit-making blind eye to even those regulations which do exist.

Last year the cause was taken up by the international media with emphasis on the number of immigrant Asian workers to have died. FIFA registered its own concerns and the Qataris rushed to create a regulatory standard for World Cup projects.

Simultaneously Qatar took a further public relations ‘hit’ over the cases of ‘kidnapped’ footballers Abdeslam Ouaddou and Zahir Belounis. The issue was debated in the European parliament last month.

Over the weekend the intensity of the controversy increased with a critical new report on conditions in Qatar from the International Trade Union Confederation.

Sharan Burrow, the ITUC’s general secretary, accused the Qatar government of “taking no responsibility for workers” after a visit to the site of the Al Wakrah stadium. She said she found “38 World Cup workers from India, Nepal and Thailand living in squalor with mattresses on the floor in makeshift rooms underneath the bleachers or stadium seats.”

Burrow added: “With more than 10 men to a room, dangerous and unsanitary cooking facilities outside their door and no personal space, this is unacceptable. Al Wakrah site inspectors reported to the media they had signed off a ‘successful inspection’ – an indication of blatant disregard for human beings.”

Her report also said salty water was provided to workers in camps for cooking and washing and that employers were demanding deposits of $275 before workers were allowed to leave for holidays.

She reiterated earlier demands, among others, for an end to kafala, the right of collective representation and a compliance system which is “fast, independent and has appropriate power for sanctions.”

All of that prompted a sharp response from the Supreme Committee for Delivery & Legacy; this is the unwieldy-named authority responsible for ‘delivering’ the World Cup stage.

The committee acknowledged the “far-reaching and extremely complex” challenges but attacked a section in the ITUC report as “littered with factual errors and attempts to discredit the positive work we are undertaking.”

Insisting “no-one has died on World Cup projects,” it targeted “the most
fundamental error in the report” as the reference to workers’ accommodation for Al-Wakrah. Burrow had visited the wrong address and not seen the new facilities being prepared.

The committee added: “Our Workers’ Welfare Standards clearly regulate working and living conditions and are being implemented on our first stadium and accommodation sites.

“Since January 2014, the Supreme Committee’s Workers’ Welfare Committee has conducted three successful inspections to enforce and monitor this implementation. The ITUC’s statement that our Standards have no credible enforcement mechanism is both incorrect and misleading.”

It added, defensively: “We know that there are issues. While this process of change is not something that can be achieved overnight, we have the will and the commitment to see it through.”

FIFA president Sepp Blatter and secretary-general Jerome Valcke know precisely what they are watching from the perspective of Zurich.

The Supreme Committee is focusing on specific World Cup projects while the ITUC is addressing all Qatari construction. This includes infrastructure projects to serve the World Cup hosting but not related directly to it.

To that extent both bodies are talking into a void to suit their own political, presentational and promotional needs.

Valcke, as reported by the Qatar-based Aljazeera TV channel, asserted that while FIFA was supporting talks between Qatar and trades unions, its responsibility was limited.

“FIFA is not a United Nations, FIFA is about sport,” said Valcke. “We can’t tell a country what should be their foreign policy. That’s not our role. It’s unfair if we get pressure from the rest of the world saying: ‘Hey FIFA, that’s what’s happening in that country and you have to change the way the country behaves.

Valcke said: “We are making progress. I am not saying that it will change in six months because that’s not the case, it takes time. What we have to do is ensure that there will be no more deaths, that you will have a level of safety and security for the people who are working there which is the best.

“We cannot afford having FIFA accused of responsibility every time there is an accident.”

Burrow will not let off FIFA so lightly. Her campaign against kafala is entire and not partial. The World Cup and FIFA’s fear of embarrassment are her levers for change in not only Qatar but across the Gulf. She has said: “If FIFA demands Qatar abolishes kafala and respects fundamental international rights, it will happen.”

Sometimes, as the war of words rages on, Blatter and Valcke may reflect that FIFA sometimes pays a heavy reputational price for its international reach and status.