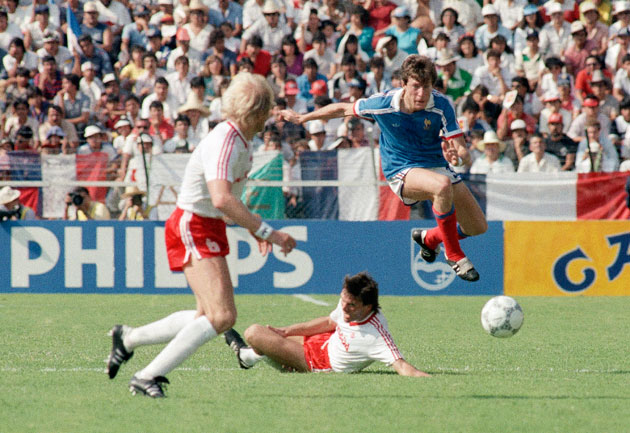 Canada in action against France at the 1986 World Cup.

The Canadian Soccer Association has unveiled its latest strategic plan, which includes bidding for the 2026 FIFA men’s World Cup.

The goals include consistently qualifying for FIFA competitions, which has been a problem for the national men’s team.

The Canadian men are currently ranked 111th in the world and their lone World Cup participation was in 1986.

“The 2014-2018 Strategic Plan is based on ideas gathered from coast to coast,” said Victor Montagliani, President of the Canadian Soccer Association.

“It will help us build towards becoming a leading soccer nation and provides the road map to help get us there. It is a product of the passion that pervades the Canadian soccer community… the passion that will assure our success moving forward.”

The four strategic priorities for the Canadian Soccer Association in 2014-2018 are:

1. Invest in technical leadership by supporting our players, coaches and officials at all levels of the sport.
2. Ensure consistent world class performances by our National Teams.
3. Encourage the growth of the game in our country.
4. Govern the game in Canada professionally in collaboration with our partners.

Canada is set to host next year’s FIFA Women’s World Cup, and will also stage the FIFA Women’s Under-20 World Cup this summer. In addition, Montagliani revealed that Canada will bid to host the full men’s edition of the World Cup in 2026.

Well, with no football tradition, little public interest in the sport and no playing pedigree whatsoever, it pretty much ticks all FIFA’s boxes.