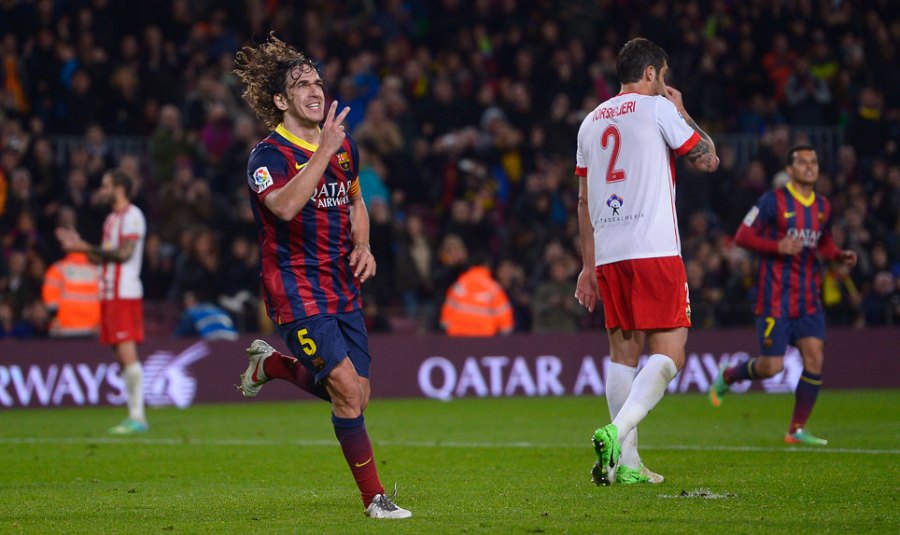 The 35-year-old Barcelona captain is understood not to be retiring from football and is expected to find a new (less demanding) club in the summer – with a move to the Major League Soccer,  mooted as a possible destination.

At the weekend Puyol played his 593rd game for Barcelona second in the all-time list behind team-mate Xavi Hernandez, who has made 709 appearances. In Sunday’s match against Almeria he was on the scoresheet in the 4-1 win.

Puyol started out at Barcelona as 17-year-old playing and was given his debut as a full-back under Louis Van Gaal in 1999.

But it was as a central defender that he really made his mark, offering a never-say-die, all-action antidote to the almost cerebral tiki taka style of the Pep Guardiola era. With three European Cup medals, six Spanish league titles and a total of 21 trophies, Puyol will be recognised as one of Barcelona’s all-time greats.

However, the defender has seen his career disrupted by injuries in recent years, with knee problems a particular problem as he entered his 30s.

This season he has been limited to just five appearances in La Liga, one in the Champions League and six in the Copa del Rey.

He said: “After two recent surgeries, it has become harder for me to recover the level that I demand of myself and that I need to be at to play here.”

As to what he plans to do after leaving, Puyol admits he is not sure yet.

“I would like to have a press conference at the end of the season to say a proper goodbye after a total of 19 years at the club.”

Puyol was a member of Spain’s triumphant teams at Euro 2008 and the World Cup two years later.

Here’s the defender in action.