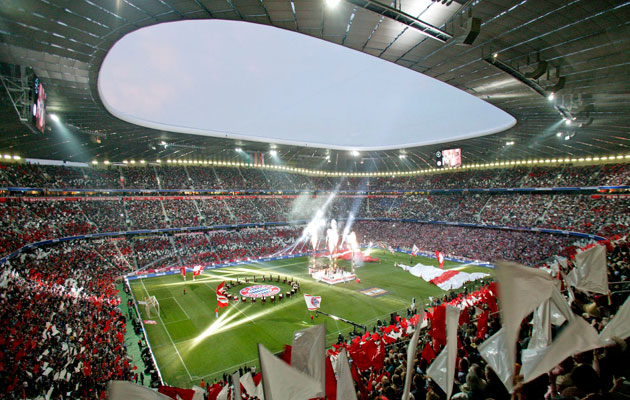 Bayern Munich have paid off the cost of building the Allianz Arena – 16 years ahead of schedule.

The German champions are set to top £399 in turnover for 2013-14, club CEO Karl-Heinz Rummenigge has revealed

He told the club magazine the 25-year loan on the stadium, which cost more than 340 million euros to build, had been paid off 16 years ahead of time.

“We have financed the entire stadium privately and for that we took exactly 346 million euros into our hands in 2005 with a financing plan to 2030, so 25 years,” he said.

“Now we have paid off the stadium completely after 9-1/2 years.”

This means Bayern will millions more each year to spend on the team.

Rummenigge did not give an actual figure but confirmed “that the revenues from the Allianz Arena can soon also be invested in the quality of the team.”

Rummenigge said Bayern would register a turnover of more than 500 million euros for the first time in 2013-14, with exact details available at the November 28 annual general meeting,

“It is no secret that for the season 2013/14 we broke past the magic number of half a billion euros for the first time,” Rummenigge said.

Turnover for 2012-13, when Bayern won the treble of German league and cup plus the Champions League, reached a record 393 million euros, at the time their best figures for 113 years.

When turnover for the Allianz Arena Stadium Ltd was taken into account the figure was 432.8 million for that period.