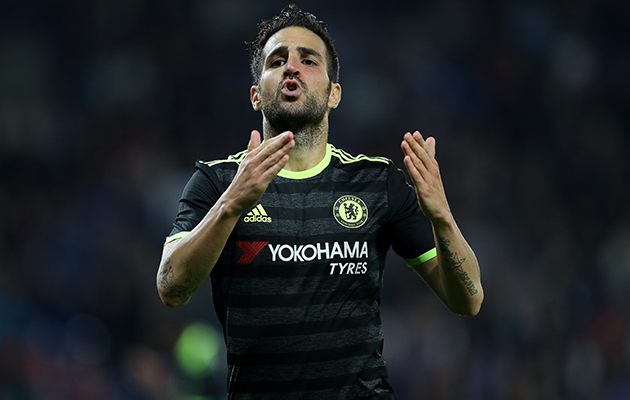 Chelsea midfielder Cesc Fabregas has been linked with move to Milan, possibly in part-exchange for full-back Mattia de Sciglio.

According to CalcioMercato, Milan are keen on a deal for the 29-year-old Fabregas, who has made four Premier League appearances this season but was an unused substitute in the recent win at Hull.

De Sciglio, a 23-year-old Italy international, worked with Chelsea boss Antonio Conte during his time as coach of the national side. He is also a target for Liverpool as Jurgen Klopp is looking to strengthen defensively.

Fabregas, who was a member of Vicente Del Bosque’s Euro 2016 squad, has not been called up by Julen Lopetegui coach for Spain’s squad for their upcoming World Cup qualifiers against Italy and Albania.