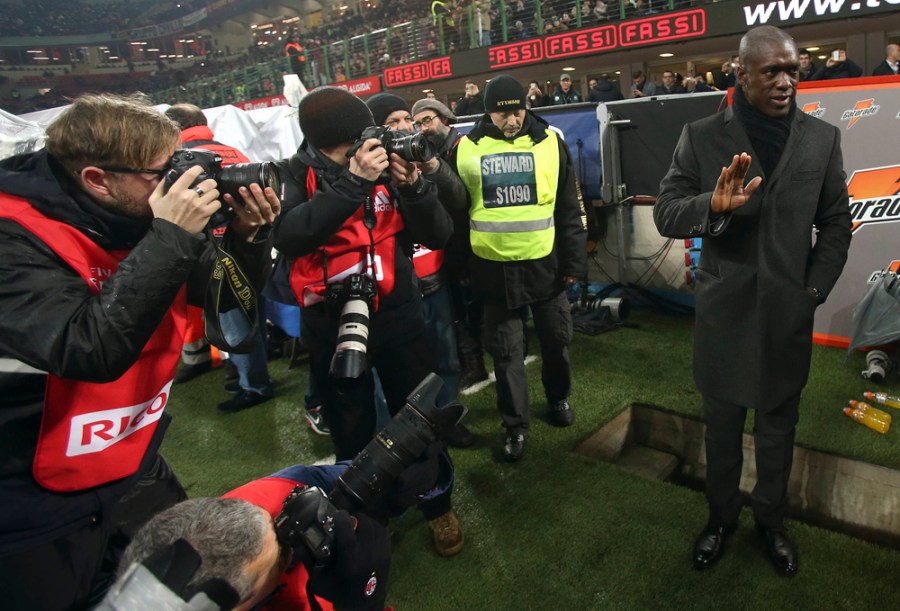 Clarence Seedorf has just two games to save his job as Milan coach, according to reports in Italy.

The Dutchman only took over from Massimiliano Allegri in January, but there is growing speculation that Rossoneri owner Silvio Berlusconi has serious misgivings about the appointment.

Gazzetta dello Sport reports that Berlusconi met with his daughter Barbara and Adriano Galliani this week to discuss Seedorf’s future.

The newspaper goes on to suggest that the forthcoming games against Lazio and Fiorentina, will determine the fate of the Dutchman. Looking at Milan’s recent form, the omens are not good.

Seedorf’s side haven’t won any of their last five matches, were knocked out of the Champions League by Atletico Madrid and falling to 12th in Serie A following Sunday’s 4-2 defeat at home to Parma.

Reports suggest that Seedorf’s assistant, Mauro Tassotti, would be placed in temporary charge until the end of the season, with youth team coach Filippo Inzaghi, regarded as a credible candidate for the job on a permanent basis.