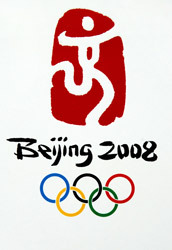 Three European clubs have won their appeal to the Court of Arbitration for Sport to keep their players out of the Olympic football tournament.

Barcelona, Werder Bremen and Schalke all appealed to the CAS to prevent Lionel Messi, Diego and Rafinha from going to the Games in Beijing.

Messi had been called up to the Argentina squad, while Diego and Rafinha had both been named in the Brazil squad for this month’s tournament.

The men’s Olympic football tournament is for players 23 and under, with three exceptions for older players. Fifa had ordered that all players under the age of 23 must be released by their clubs for the tournament, but the CAS have ruled that the clubs do not need to release their players.

FIFA president Sepp Baltter said Monday that he would respect the CAS decision, but also hoped that the teams would then relent and allow the players to compete.