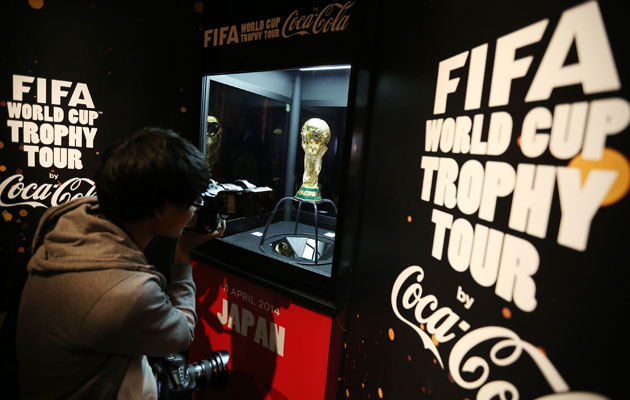 Coca-Cola has been investing in the World Cup’s pulling power since 1974 – and it will take more than a few years of scandal and corruption to shake its trust in FIFA.

Complaints have escalated about the lack of backbone shown by the world federation’s commercial partners in insisting on greater integrity at the top of the power pyramid.

The latest critic was Michael Hershman. The former member of FIFA’s independent reform panel suggested on Monday that sponsors such as Coca-Cola, Adidas, Visa and Emirates merely “paid lip-service” to concerns about internal integrity failings.

But Amber Steele, director of football management for the soft drinks giant, insisted at Leaders Sport Summit in London that the company trusted FIFA – and by implication president Sepp Blatter – to put its house in order.

Beyond that. Coca-Cola’s major focus was the prospect of expanding its markets in Russia and Qatar ahead of, and during, the next two World Cups in 2018 and 2022 respectively.

Investing, instead, in individual clubs or players offered no comparative attraction.

Steele said: “Events such as the World Cup create amazing entertainment and memories for people. We’re a global company so things like the Olympic Games, the World Cup, even Euro 2016, are events we can use all over the world.”

Steele explained: “We try to come up with a true partnership. FIFA has been great for us because they have helped us find specific programmes that only Coca-Cola can activate.

“A great example is the World Cup trophy tour in which we partnered to take the FIFA’s No1 asset all round the world to their member associations. It’s worked great for us and, I think, also for FIFA.

“We took the trophy to 90 new countries this time around compared with 2006. We’ll have reached all the 200-plus federations before 2022 so it’s been a great, unique asset for us because nobody else has it.”

For Coca-Cola, like any sponsor, the value of a partnership costing up to $50m-a-year has two elements: one is the platform’s promotional pre-eminence while the second is shutting out envious rival companies.

That adds up to a 2-1 victory for commercial pragmatism over ethical angst.

Steele said: “Any time there’s a tainting of the FIFA World Cup we’re concerned but we feel confident FIFA is taking all of this seriously.

“The Garcia report [into the 2018-2022 bid scandal] has been made and we believe they will be transparent and take action and then we’ll all move forward.

“We have had all kinds of conversations with FIFA. We talk to each other about the good and the bad. I feel confident FIFA understands our views so we’re going to work through the highs and lows.

“We believe FIFA will come out and say: ‘This is what are doing,’ and tell us how they are moving forward.”