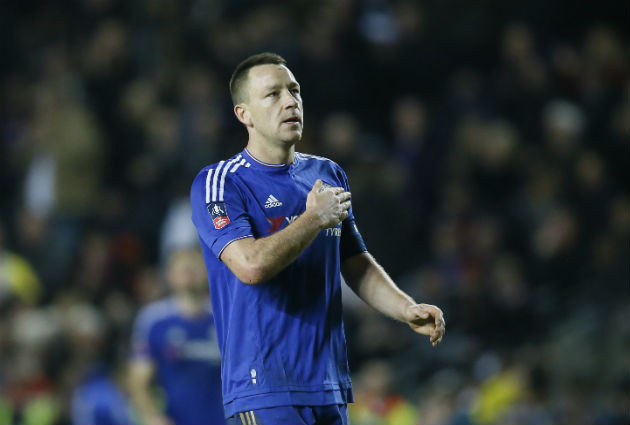 Chelsea have reacted to the bombshell John Terry dropped after the FA Cup victory last night.

Terry extraordinarily said that he would be leaving Stamford Bridge at the end of the season and that Chelsea would not be renewing his current deal.

"Ideally, I would have loved to stay."

Chelsea reacted this morning and a club’s spokesman said:

“John requested a meeting with the club the week before last and, in that meeting, he asked about the possibility of an extension to his existing contract,

“John was advised that, while no new deal was currently on the table, that situation could change in the coming months.

“The club has the utmost respect for John and everything he has helped us achieve to date. He is a fantastic servant to Chelsea and a superb captain. As such, the club will keep the channels of dialogue open.”

Terry said to the press that it was unlikely he would be retiring at the club he supported and came through the youth ranks.

“I was in last week before the Arsenal game and it’s not going to be extended.

“They said that, when the new manager comes in, things might change but it’s a ‘no’ at the minute. I needed to know now, like I have done every January and sometimes it takes a couple of months to get done.”

Terry elaborated and said that it was likely he would be plying his trade elsewhere but would always give his all for Chelsea for the remainder of the season:

“Unfortunately it was a ‘no’. I’m going to be playing out my career elsewhere, which it took me a couple of days to get over.

“But, like I say, I knew before the Arsenal game and my performance isn’t going to change: the way I train, what I give for the club. I want to give everything and finish on a high, on 100% good terms with the club.”

Intriguing call by Chelsea on John Terry. Clearly capable of playing on, so it must be political, eg overture to Stones, or the next manager

Should Terry leave, it will see the end of a glorious era for a group of players that were so vital to the club’s success spanning over 10 years.

Mourinho’s “untouchables” have left Chelsea, and if Terry does depart it will mark the end of a hugly successful period and the club will look to embark on a new chapter without their captain.