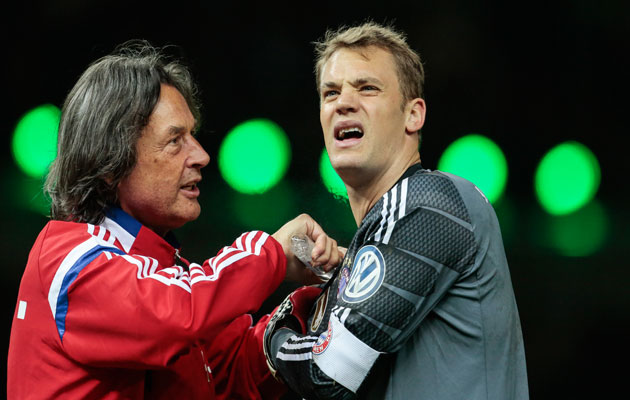 Bayern Munich’s club doctor Hans-Wilhelm Muller-Wohlfahrt and three of his assistants have resigned from the club after claiming they were made scpaegoat for Tuesday’s Champions League loss to Porto.

Muller-Wohlfahrt, who had been with the German champions for almost 40 years, said in a statement that the “relationship of trust has been damaged”.

The 72-year-old, also involved with the German national team for several decades, felt his medical team had been “made responsible for the defeat (to Porto) for inexplicable reasons,” sport1.de reported.

The other three members who walked out were Muller-Wohlfahrt’s son, Kilian, as well as Peter Ueblacker and Lutz Hänsel.

Bayern have suffred a number of injuries to key players this season and were missing five players for the defeat in Portugal, with Franck Ribery, Arjen Robben, David Alaba, Bastian Schweinsteiger and Javi Martinez all on the sidelines.

It has been reported that Guardiola is not completely satisfied with Dr Muller-Wohlfahrt’s work, although he has not discussed the issue in public.

Guardiola had queried why France international Ribery remains absent with an ankle injury he sustained on 11 March and was only expected to keep him out for a few days.

Last year, the former Barcelona coach advised Thiago Alcantara to receive treatment in Spain at his own preferred doctor rather than take Dr Muller-Wohlfahrt’s advice. Bayern sent one of their own doctors along to observe the work being carried out, although the episode clearly undermined the work of Muller-Wohlfahrt and his team.

Muller-Wohlfahrt has been with Bayern since 1977, although he did resign on a previous occasion in 2008 when Jurgen Klinsmann was in charge.

As soon as Klinsmann was sacked, he returned to the club and has been responsible for their medical department since.

It is understood he will continue his work with the German national team.