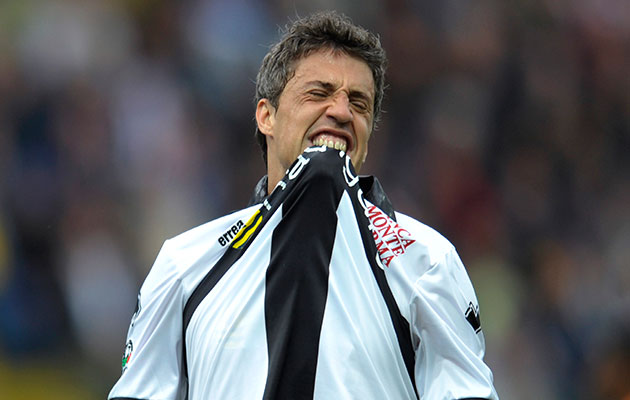 Former Argentina striker Hernan Crespo has admitted he is “almost happy” to see Gary Neville struggle at Valencia because he thinks the former Sky TV pundit is finally appreciating how difficult it is to manage a football team.

Neville’s side will face Barcelona in the second leg of their Copa del Rey semi-final on Wednesday night having been thrashed 7-0 at the Camp Nou in the first leg a week ago.

The former Manchester United and England defender has gone nine matches without a victory since he took over at Valencia on December 2 last year. But he insisted on Tuesday that he remains “the right man” to lead Valencia and so far there have been no indications from the club that he will be relieved of his duties. 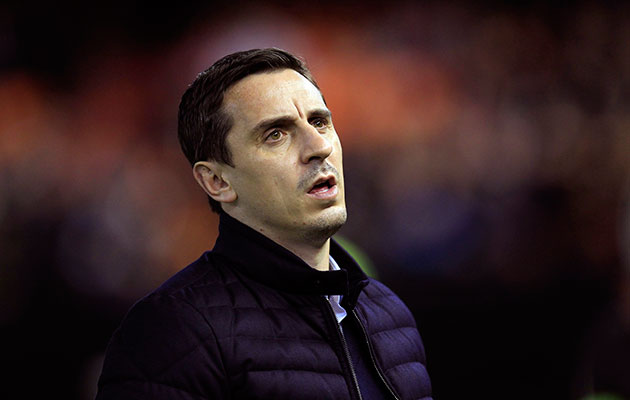 Gary Neville is without a league win in nine matches in charge of Valencia.

However, Crespo, who retired from football in 2012 and now manages Serie B side Modena, believes Neville’s travails show how much harder it is to manage than to pass judgment on television.

“To watch a game from the TV, it’s very different than from the bench,” Crespo told FOX Sports.

“I’m almost happy for Gary Neville’s troubles at Valencia. I remember he was too harsh as a TV pundit.”

Crespo also paid tribute to Claudio Ranieri, who signed him for Chelsea in 2003 and who is now riding high at the top of the Premier League with Leicester City.

“When he trained me, he had to change everything because so many new players had arrived at Chelsea that he had to integrate into the team,” Crespo said.

“He was unfortunate because we finished second in the league and were eliminated at the semi-final stage of the Champions League.

“Ranieri with Leicester is doing an incredible job on a mental level. The players are playing with maximum organisation, making the most of their movements.”