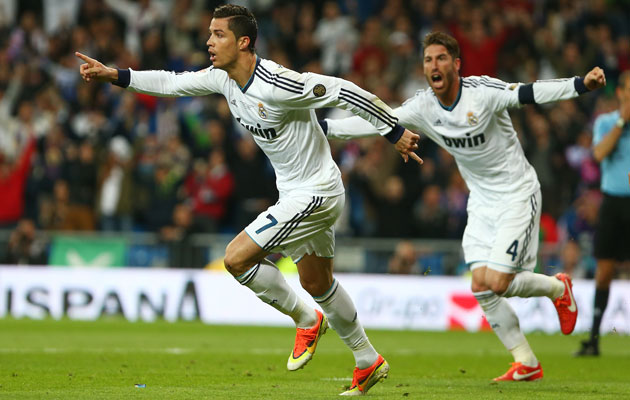 Cristiano Ronaldo is unhappy at Real Madrid and could be keen on a move back to Manchester United next summer, according to the Spanish club’s former president.

Calderon, who has made no secret of his desire to once again become president of the European champions, somewhat inevitably, pins the blame for Ronaldo’s alleged dissatisfaction on the man who replaced him as Real chief, current incumbent Florentino Perez.

Speculation linking the Portugal forward with a return to Old Trafford has gathered pace in recent weeks amid reports that the 29-year-old is open to a move away from the Bernabeu.

Calderon, who helped complete the £80m deal to bring Ronaldo to the Spanish club back in 2009, says the Ballon d’Or winner would be keen on a move back to United.

“When I signed him in 2009, I remember he said he was grateful to Manchester United,” Calderon told talkSPORT.

“He had a marvellous time there, he likes everything. It is a really great club.”

Calderon continued: “My impression is he is fed up with the policy of the current president.

“When he came with [Arjen] Robben, he thought he would be a good colleague for him in the team.

“[Gonzalo] Higuain was sold and he didn’t like that. Last year he thought it was a mistake to let [Mesut] Özil leave and the last straw was selling Xabi Alonso and Angel Di Maria this summer.”