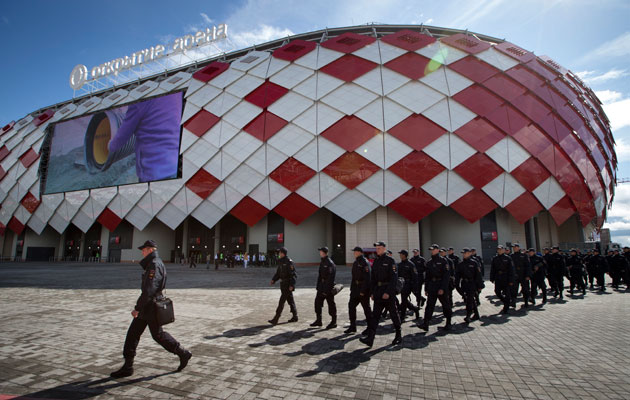 A group of CSKA Moscow football club fans tried to set fire to a newly-built stadium for rivals Spartak Moscow.

The incident came a day before the official opening of the Okritie-Arena.

“Yesterday, just one day before the arena’s opening, a group of CSKA fans trespassed into the stadium’s territory with the aim to stage an act of vandalism and commit arson,” a source in the Spartak FC security service said.

“Police immediately arrived at the scene and the hooligans fled. Their identities are being established at the moment.”

The official opening of the Otkritie-Arena, situated in the north-west of the Russian capital, is scheduled for Friday night, when Spartak will face Serbian’s Crvena Zvezda.

The new stadium was constructed solely for Spartak FC and will be one of the venues for 2018 World Cup.

The club used to play most of its home matches at Moscow’s Luzhniki Stadium, another one of the 12 stadiums selected to host the 2018 World Cup matches.

Last week Russian President Vladimir Putin visited the newly-built stadium and after a tour around the arena he said that it was “one of the best if not the best one in Europe as of today”.