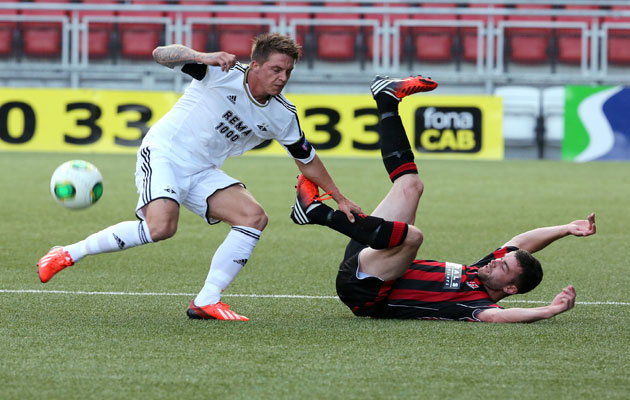 Danish international striker Nicki Bille Nielsen, 26, has been charged with assaulting a police officer after becoming involved in a heated dispute during a night out with friends in Copenhagen earlier this year.

Nielsen, formerly of Norway’s Ronsenborg, but who now plays for Evian in France, has been charged with assault, the prosecutor in the case told media.

“He has been charged with assault towards a public servant in accordance with paragraph 119 in the penal code,” Pia Simon told TV2.

The charge against Nielsen stems from an incident that took place in Copenhagen in April.

The Dane was arrested for kicking a parking meter. The incident then allegedly escalated to to the point where the player had to be subdued with pepoper spray. Nielsen is also accused of biting an officer while being detained in the police vehicle.

Nielsen has denied the charges against him. He will go before the Copenhagen City Court in October. If found guilty, he can expect a lengthy jail term.

If the allegations are true, it would certainly not be the first time the striker has lost his temper in public. Here he is, in action for Ronsenborg, venting his frustration when a decision goes againt him.

It’s unlikley Nielsen’s legal team will be using this clip as part of his defence.