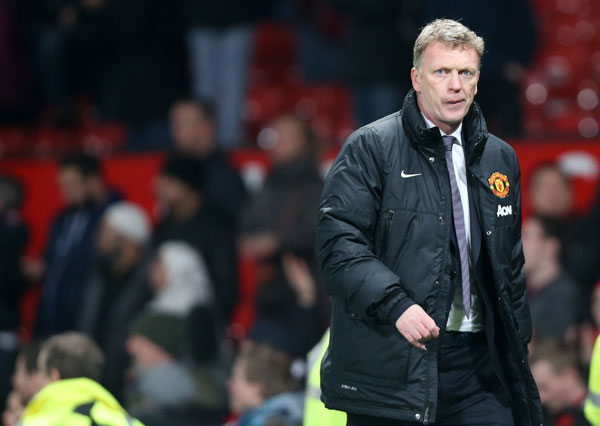 Manager David Moyes took responsibility for Manchester United’s decline into mediocrity after yet another home defeat – this time, to arch-rivals Manchester City.

The reigning champions lie seventh in the table, 18 points adrift of leaders Chelsea, and 12 points off fourth place and a guaranteed place in next year’s Champions League.

“I am the one who picks the team,” Moyes said after the 3-0 home defeat to City. “I take responsibility and always will do. It is disappointing.

Anything less than abject would have been something.

The defeat to City, their sixth home loss of the season, means United have now lost more league games at home this season than in the previous three campaigns combined.

“Everybody knows this is a job that is going to take a little bit of time to get the way we would like but that is the job,” added Moyes, 50.

“Other clubs have had to do rebuilding jobs – we hope it won’t take as long as some others but we have a period of time to get to that level.

“There are a lot of really good players in the squad, a lot of internationals, who, on their day, can be a match for most players.”

Unfortunately, for many of them, that day has long since gone.

Unfortunately for Moyes, he seems incapable of doing anything to reverse the alarming decline in form. Instead, he exhorts more effort from his players, demands more commitment, promises more work on the training ground. Yet, it is abundantly clear to most people that what is needed is not perspiration, but inspiration. In that regard, Moyes has been found lacking.

“We never came out of the blocks,” he said in customary downbeat fashion. “We never got started. For Manchester City to score inside the first minute gave them a really big lift.

“I told the players at half-time that we wanted to start the second half stronger and that we needed to play in their half but we never really got that.”