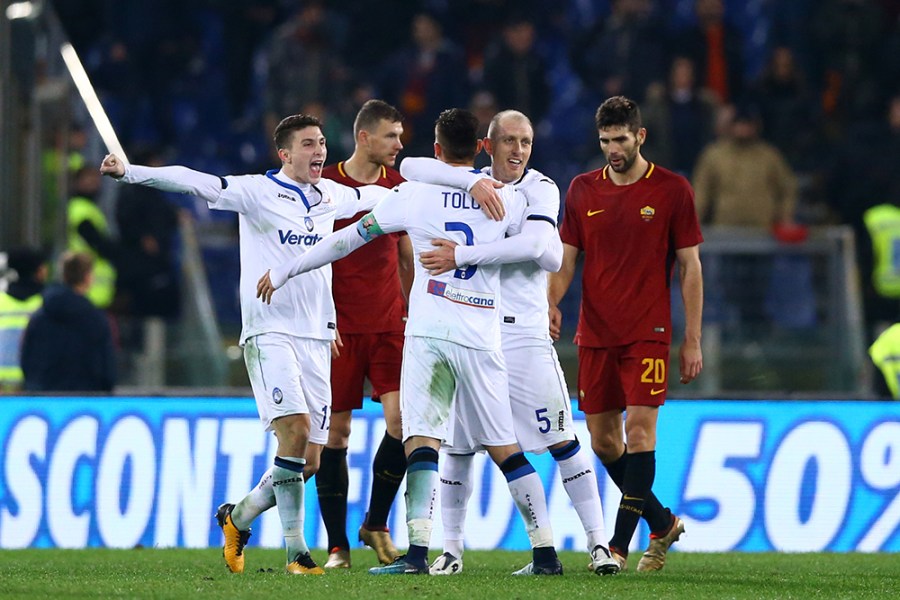 Are there occasions when the golden rules of in-house discipline, on and off the field, work against a team? That thought sprang to mind last Saturday night at the Olimpico in Rome as we watched AS Roma lose 2-1 to Atalanta.

Looking back at this game, it was hard to conclude whether Roma had been more disappointing in the first or in the second half. In the first half, the ease with which Atalanta sliced its way through the distracted, wet-paper Roma defence, scoring two goals in the first 20 minutes and going close to scoring a third on at least two other occasions was almost embarrassing.

That was bad enough but as Roma headed into the second half, they could at least console themselves with two considerations.  Firstly, it would be hard to deliver as poor a 45 minutes as that wretched first half. Secondly, with a numerical advantage following the sending off of Atalanta’s Dutch midfielder Marten De Roon in the 44th minute, surely there would be every chance of getting back into the game.

Inevitably, the second half was played out almost entirely in Atalanta’s half of the field. When Roma’s Bosnian striker Edin Dzeko scored his first goal in over a month after just 11 minutes, it was only legitimate to expect that Roma would build on their momentum and, at the very least, score an equaliser against an Atalanta that, understandably, was focused almost exclusively on hanging on in quiet desperation.

However, ’twas not to be. Long before the final whistle, some of the Roma fans had already gone home, having correctly concluded that this was not their team’s best night. Too many square passes, too little “vertical” football and a strangely underwhelmed Roma midfield made for a disappointing second half when the home side’s total territorial dominance led only to frustration.

And there we come to our initial question. Sorely missed in an unimpressive Roma midfield was the club’s dynamic Belgian Radja Nainggolan, a player whose 110 per cent, all-action, covering, chasing and goalscoring contribution has saved the day for Roma on more than one occasion.

The point about Nainggolan, of course, was the he had been dropped for the Atalanta game for disciplinary reasons. Unfortunately for him, Nainggolan had posted his very own New Year’s Eve greetings to fans and others on Instagram.   Problem was that in his New Year’s message to the popolo, the player was seen to smoke and drink, he was heard swearing and he generally looked to be in a state which, once upon a time, we would have called “tired and emotional”.

Not surprisingly, the folks at Roma were not much amused. Coach Eusebio Di Francesco, one of the brightest of the new wave of Italian coaches, took a hard line, dropping the player, saying of his decision: “This is linked to a type of behaviour that has to be constant for anyone at AS Roma who makes certain mistakes. These [mistakes] are inacceptable and will not be accepted in future… Whoever makes a mistake like this will pay the same price.”

Di Francesco added that there was a clear difference between mobile phone footage “stolen” by a passing fan and this particular footage, posted on the player’s own Instagram site. Many fans and commentators would probably agree with Di Francesco, arguing that his hardline was more than understandable in the context of professional team sport. Nor will we ever know if the result would have been any different had he played, such  was the poor Roma performance. However, a nagging doubt remains.

As for Roma, their excellent autumn has gone just a little sour at this turn of the  year. With just one point from their last three league games, Roma’s 2017 ended with a far from disgraced 1-0 away defeat by Juventus on December 23rd and a disappointing 1-1 home draw to Sassuolo one week later.  As for their 2018, well it could hardly have got off to a worse start.

The only good news is that Roma can hope that they will have washed this mini-crisis well out of their system before they meet Ukraine side, Shakhtar Donetsk, in their Champions League, second round tie on February 21st and March 13th. As it stands, participation in next year’s Champions League is by no means guaranteed, given that city cousins Lazio leapfrogged them last weekend, moving into the fourth place spot just one point clear of Roma.

The Simone Inzaghi coached Lazio have, of course, themselves been one of the brightest lights of the season. On Saturday, they thrashed hapless Spal 5-2 away from home in a game in which their Italy striker Ciro Immobile scored four to go top of the goalscorers’ chart on 20 goals, two clear of Inter’s Mauro Icardi. You would have to conclude that the Roma cup of bitterness floweth over. Already, the second seasonal Rome derby, due next April, is looking very “hot”.