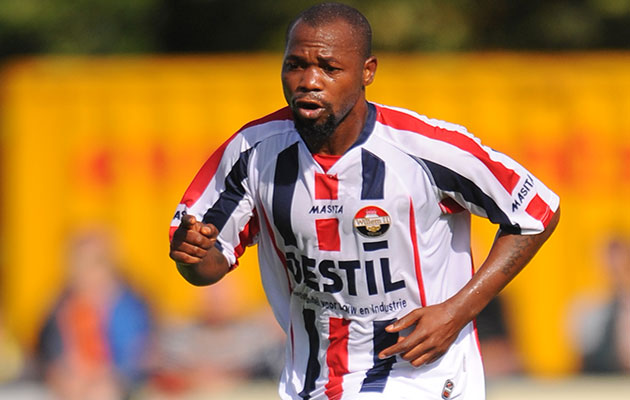 The Dutch football association (KNVB) investigation has uncovered a plot to fix matches in the country’s top division.

The KNVB said the investigation had unearthed an attempt by Ibrahim Kargbo, then a player at Willem II Tilburg, to fix the outcome of a league match against FC Utrecht in August 2009 in co-operation with Wilson Raj Perumal, a Singaporean who has been convicted of match-fixing on a number of occasions.

“Dutch football is one of the last in Europe to lose its innocence in this matter,” said the KNVB operational director, Gijs de Jong.

“We have long warned this could happen in the Dutch league but it is still difficult to swallow now that this has been established. Hopefully it will add urgency in the Netherlands to the fight against this plague.“

The KNVB said Kargbo had promised that the then captain Michael Aerts and a third unidentified player would work together to throw the match against Utrecht in return for €25,000 each.

But although Utrecht won 1-0, Perumal refused to pay saying the agreement had been for a win by more than a single goal.

“Nevertheless, it has been established that they agreed on the outcome of the match. There is not enough legal evidence to determine whether Aerts was involved and it is unclear who the third person was,” added the KNVB statement.

It also said a benefit match between Willem II and the Sierra Leone national team in November 2009 was organised with the sole objective of fixing the result on behalf of an Asian betting syndicate.

Results of Sierra Leone national team may also have been fixed, according to the statement.

The KNVB said it would send the report to Fifa and Uefa and the Dutch police.

The statement said that the 33-year-old Kargbo would not be allowed to participate in any capacity in Dutch football in the future.

Kargbo has already been suspended in Sierra Leone for alleged match-fixing.