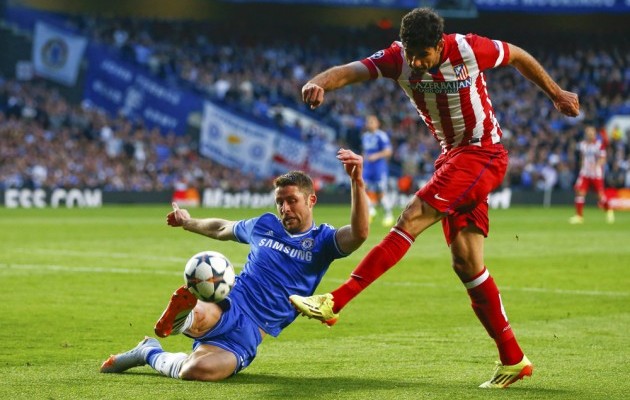 The Brazil-born striker, who is a member of the Spain World Cup squad, has been identified by José Mourinho as the solution to Chelsea’s goal shortage of last season. The Stamford Bridge club scored 71 goals in the Premier League this season, 31 fewer than champions Manchester City, who finished four points ahead of them.

Chelsea manager Jose Mourinho admitted in May that the signing of a “killer” striker would be one of his priorities over the summer. Diego Costa appears to be that man.

The Brazil-born Costa scored 36 goals in 52 games for Atletico last season as they won their first La Liga title since 1996 and reached the Champions League final.

One of Costa’s goals came from the penalty spot against Chelsea en route to that Champions League final.

Costa scored 27 goals in La Liga and only finished third behind Real Madrid’s Cristiano Ronaldo (31) and Barcelona’s Lionel Messi (28) on the list of top goalscorers.

Costa was born and raised in Brazil and made two friendly appearances for them last year before opting to represent Spain at this year’s World Cup.