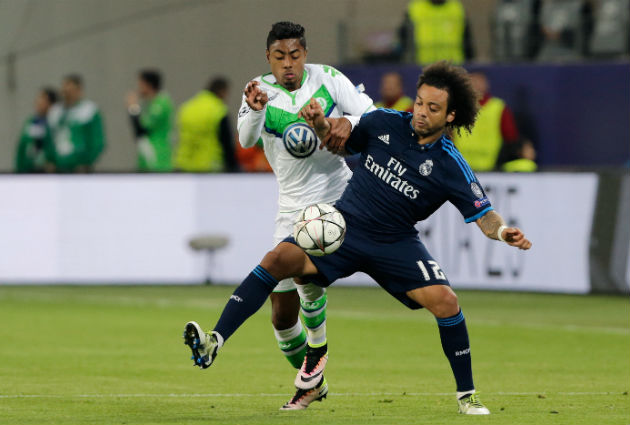 The Brazilian was involved in a confrontation with Wolfsburg midfielder Max Arnold.

He thrusted his head towards Arnold’s midriff, he then went to the ground, and held his face.

Arnold was given a yellow card, while Marcelo was not penalised. This action left Hecking furious after the game.

“That annoyed me, because he has no need.”

. @VfLWolfsburg_EN's Maximilian Arnold with one of the most bizarre bookings you'll see… 🙈 #WOBRMA #UCL https://t.co/ayRm6iK6XW

However, the defender will not face punishment by UEFA because the rule stipulates that a player cannot be banned retrospectively once an official has seen an incident.

When Arnold was questioned about the Brazilian defender’s actions, he said:

“I wish I had such beautiful hair too.”

Arnold, who scored his side’s second goal after a wonderful passage of play, described Wolfsburg’s incredible feat as “breathtaking”.