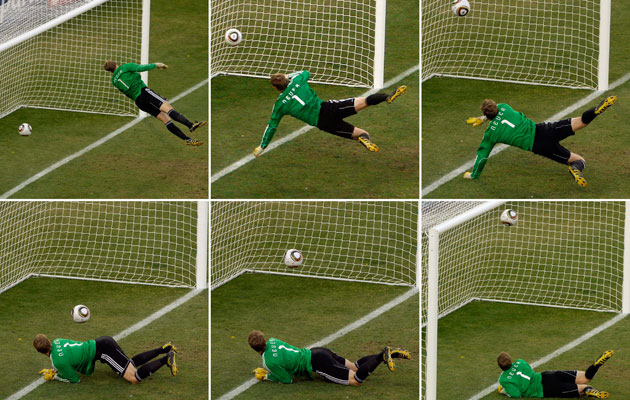 Dutch football wants to run a test next season with video assistance for referees.

The Dutch federation, the KNVB, will need permission from the law-making International Football Board to undertake a formal experiment.

Approval is far from guaranteed after IFAB insisted, when it cleared the introduction of goal-line technology, that no extension of technology aides would be permitted.

For the past year the KNVB has been experimenting with an unofficial, €500,000 pilot called Arbritrage 2.0.

De Jong said: “We are very happy with the first year. In 24 we have used the video referee, 22 of the games being in the top division, and there was an average of two to three situations in which resolution by the video referee would have been of benefit.”

As for taking the system to IFAB, De Jong said: “If our proposals are accepted, it would represent a revolutionary step in football: We would then be the world’s only country working in football with a video referee.”

Even before applying to IFAB the Dutch federation may face opposition with UEFA, the European federation.

UEFA president Michel Platini is a declared opponent of any sort of technological aide for referees. English clubs, which have GLT installed for use in the Premier League, are barred from switching it on in UEFA club competitions.

Platini prefers the system of additional assistant referees, standing level with the goal-line though even he had conceded that the system has yet to gain universal approval.

Many players, officials, media and fans question whether the AARs contribute anything to a game because, under IFAB orders, they are prohibited strictly from making any sort of gestures which would indicate an involvment.

Goal-line technology was used first at the FIFA Club World Cup in Japan in December 2012. It was then actioned at the 2013 Confederations Cup in Brazil and will be used at the imminent World Cup finals in Brazil.