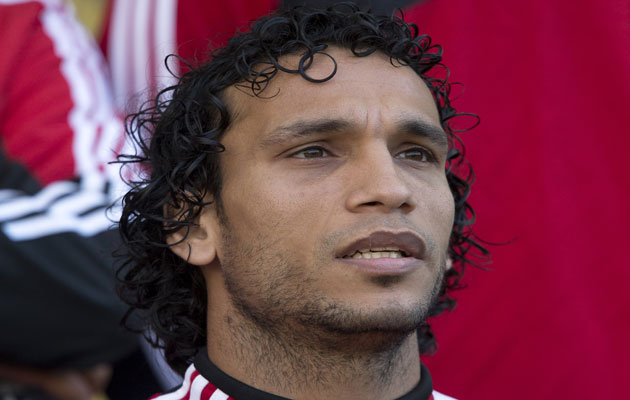 Ismaily defender Shawky El-Said was spotted in the Cairo International Airport carrying what looked to be a new vacuum cleaner, following the national team’s return from Botswana.

According to a source close to the player, within that box was his new ‘pet’, a monkey, claimed Esportana.

This monkey was reportedly a gift from a Motswana, who had asked for El-Said’s shirt following Egypt’s match against Botswana in the 2015 AFCON qualifier, which ended 2-0 in the Egyptians’ favour.

It was also reported that El-Said has currently left the monkey withs friend, as he is currently preparing for the return match against Botswana in Cairo on Wednesday, October 15th.

You know how it is, you go away for the weekend on business, and you come back with a monkey in your luggage.