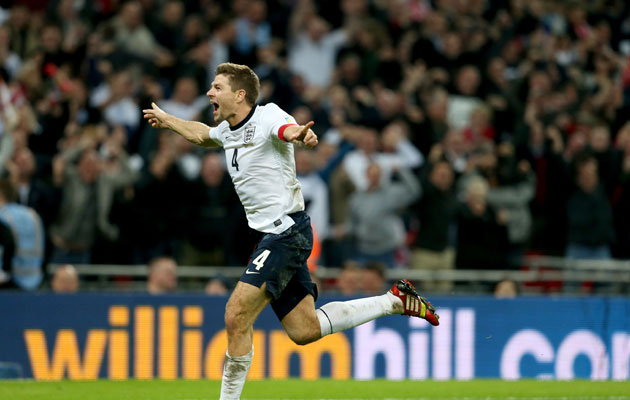 The England football team have revealed their final team sheet for the second ever Lions and Roses event. The special gala dinner is taking place on Sunday, 18th May at The Grove Hotel in Hertfordshire and will fuse together sport and music for a truly unforgettable evening of entertainment.

The England team are delighted to announce that the event will be hosted by Gabby Logan, who will be spearheading the BBC’s coverage of the FIFA World Cup™, and will see show-stopping performances from two internationally acclaimed music acts; Brit Award winners the Kaiser Chiefs and platinum selling duo Rizzle Kicks.

Hosted by the players in each tournament year to benefit the England Footballers Foundation and the charities it supports, Lions and Roses will see guests and celebrities from the world of music, sport and entertainment come together for one of the social events of the year. The night kicks off with a champagne reception, followed by five star dining courtesy of Marco Pierre White and will culminate in the live sets from Kaiser Chiefs and Rizzle Kicks in what promises to be a truly memorable evening of entertainment.

Commenting on Rizzle Kicks being chosen to perform, Jordan “Rizzle” Stephens, said: “We’re massive football fans so it’s a huge honour to perform in front of the England team and to do our bit for such a great cause. We’re looking forward to giving the squad a great send off and will be crossing our fingers alongside the rest of the country come the first game next month.”

The players have once again lined up the UK’s number one auctioneer Jonny Gould to present the live auction and other fundraising elements of the evening, in a bid to ensure as much money as possible can be raised on the night to help benefit chosen charity partners to include; Rays of Sunshine, the British Forces Foundation and the Bobby Moore Fund for Cancer Research UK.  In addition to supporting these charities, proceeds from Lions and Roses will also go towards the players’ own EFF academy that provides coaching and education opportunities to disadvantaged youngsters across the country.

The last few remaining tables for Lions and Roses are now available for supporters to purchase. To find out more and to book a place simply email lionsandroses@1966.com or visit www.englandfootballersfoundation.com

England captain Steven Gerrard said: “The team and I have been involved in the decision making for the event, from the menu and invites to entertainment and overall design. It’s set to be an amazing night and an unforgettable experience, full of fun surprises. We’re looking forward to seeing the reactions of everyone there.

“It’s a great way for us to mark the start of the World Cup campaign, celebrate our achievements with the England Footballers Foundation and most importantly raise awareness and funds for our chosen charity partners before we head off to Brazil.”