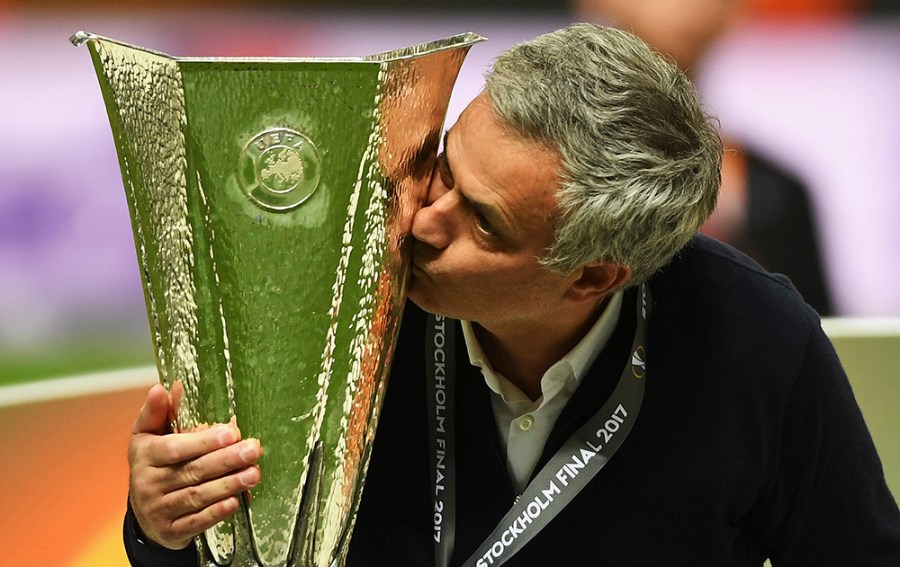 Goals from Paul Pogba and Henrikh Mkhitaryan brought a more comfortable victory than the scoreline suggested and Herrera reflected: “OK, this was only a football match but if it helps one per cent maybe that’s something.”

Similarly Andy Burnham, the Mayor of Manchester, observed: “It gave the city some cheer in difficult times.”

United, their manager Jose Mourinho and players, had channelled their sympathy, rage and distress at Monday’s concert bombing which killed 22 people and left 59 injured into their focus on the match.

United have played difficult matches before. That is the challenge of a world-famous sports team. This was a sadly unique occasion even for them and the manager and players confronted it with a clear heads and disciplined sense of responsibility.

Surprisingly, he recalled Juan Mata in midfield and Chris Smalling ahead of Phil Jones in defence for the suspended Eric Bailly. In both decisions he was utterly vindicated. Mata was perpetual motion in midfield and Smalling rendered Kasper Dolberg anonymous.

The Special One was also vindicated in his transfer market choices last summer. World record signing Pogba scored the early first goal, with the help of a deflection off Davinson Sanchez, and Henrikh Mkhitaryan hooked in his sixth of the Europa League campaign shortly after half-time.

Mourinho even contributed a sentimental gesture of bringing on club captain Wayne Rooney in the last minutes for what was his 559th and possibly last appearance in a United shirt.

Explaining the players’ perspective, Pogba said: “We know things like this are very sad, all over the world. We had to focus, it was very important. We won for Manchester, we worked for them, for the country. We play for England, for Manchester and for the people who died.”

Mourinho said: “This tragedy obviously takes happiness from our achievement. If we could we would change the people’s lives for this cup immediately, we wouldn’t think twice.

“In a bad season, in a season where sometimes I felt my team is the worst in the world and I am the worst manager in the world, we won three trophies and go to the Champions League by winning a trophy, not by finishing second or third or fourth.

Financially, victory was worth £50m in Champions League TV and prize money next season, a £22m bonus from adidas plus £5.5m Europa League winners prize money.

Mourinho ultimately held up four fingers to the cameras, signalling his European successes in 2003, 2004, 2010 and now 2017. Usually he ignores trophy celebrations. Not this time.

His debut season with United had brought not only three trophies – Community Shield, League Cup and Europa League – plus a return, via Stockholm, to the Champions League.