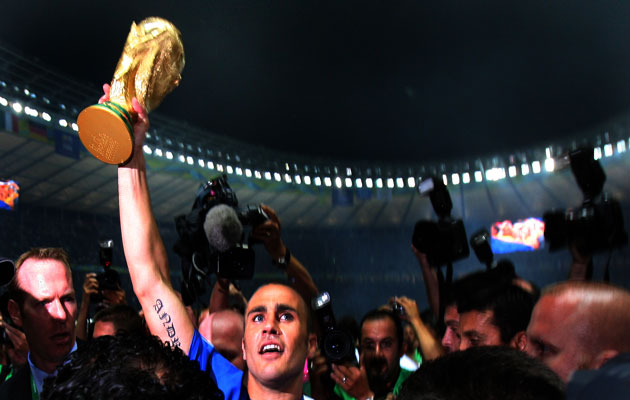 Italy’s 2006 World Cup-winning captain Fabio Cannavaro has been sentenced to 10 months in jail for entering his property after it was seized by authorities.

The 41-year-old, who played for Parma, Internazionale, Juventus and Real Madrid, has been under investigation for tax evasion. In October, authorities in Naples seized almost €1m of goods linked to Cannavaro, his wife and his brother, as well as a €180,000 yacht.

According to the investigation led by prosecutor Luigi Cannavale, the three went to the villa for a swim in the pool – even though they were banned from entering.

Prosecutors said that at the time the villa had been confiscated amid suspected abuse of building regulations – including the fact that they had not secured planning permission from the local council to carry out building works on the house.

However, his failure to adhere to their ruling last month has led to Cannavaro being handed a 10-month sentence. His wife, Daniela Arenoso, and his brother Paolo, who plays in Serie A for Sassuolo, were also given jail terms. All three have appealed and will therefore have their sentences suspended until a final verdict is delivered.

It has been reported that Cannavaro’s company Fd Service owes over €1m in unpaid taxes. The Italian Agency of Revenue apparently claims that the company underpaid on Corporation Tax, Regional Tax and VAT between 2005 and 2010.

The Italian has just begun his managerial career at Guangzhou Evergrande in China after a stint working for ITV as a pundit during the World Cup in the summer.