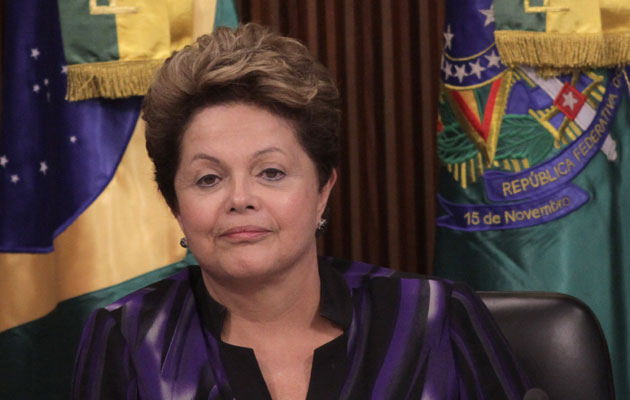 Authorities in Brazil have ordered a second-division team to play its next two home matches behind closed doors after a man was killed after he was struck on the head by a toilet bowl thrown from the stands during fighting last weekend.

The tribunal has also suspended all of Santa Cruz’s supporter groups from attending matches anywhere in Brazil until the culprit has been identified and has been placed in custody.

Santa Cruz’s Arruda Stadium was closed by the Brazilian football federation on Saturday, a day after the 26-year-old fan was killed in the fighting in the city of Recife.

The death prompted Brazilian President Dilma Rousseff to call for action to contain hooliganism, including the ”urgent” installation of specialised police stations inside stadiums.

”The country that loves football can’t be tolerant to violence inside stadiums,” she said on Twitter after the death.

”Violence inside stadiums must be rigorously reprimanded by local police, and criminals must be taken to courts. Football stadiums are home to joy and passion. We should all unite for (hash)PeaceAtStadiums.”

Police said three toilet bowls were ripped out of restrooms and thrown from the top of the stands toward the fighting fans below. Paulo Ricardo Gomes da Silva was hit in the head and killed instantly.

The death occurred after the Santa Cruz-Parana match.