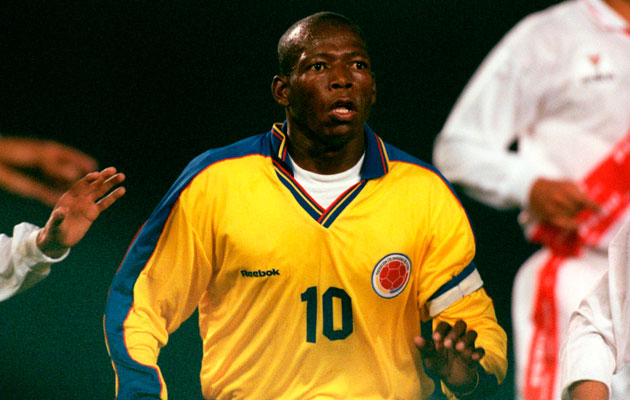 Former Colombia striker Faustino Asprilla been forced to leave his home city in Colombia after being threatened by an armed gang.

Asprilla said masked men entered his home in Tulua to demand money and he was forced to flee.

“They threatened me,” said the 45-year-old former Newcastle united and Parma striker rold newspaper El Tiempo. “They told me to contact their chief because if I didn’t they would kill my family and me.

“I took the decision to leave Tulua for the security of my loved ones.

“I had to leave my own land, Tulua, as a victim of extortion by a group of anti-socials,” Asprilla told daily newspaper El Tiempo.

“My family was threatened in my presence, my father, my sisters.”

Asprilla retired 10 years ago after a career that included winning the European Cup Winners Cup and UEFA Cup with Parma. He also won 57 caps for Colombia, scoring 20 goals, and played at two World Cups.

“I dedicated my life to representing my country abroad, to giving happiness to my Colombian people,” Asprilla added.

“When I settled down to rest, to recover the time lost with my family, I’m forced to leave by the back door of my own town.”

However bad Newcastle might have been, it was never this bad.

Since retiring from the game, Asprilla has been involved in the launch of a new brand of flavoured condoms.  The ‘Tino’ condoms were produced in China and come in all shapes and flavours.