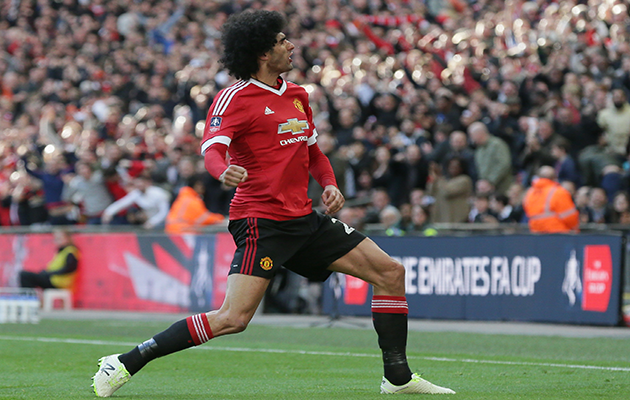 The agent of Manchester United midfielder, Marouane Fellaini, has said that a move to Roma would be “a possibility to consider” for the Belgian international.

Fellaini, 28, was seen watching Roma play Napoli at the Stadio Olimpico on Monday, prompting Gazzetta dello Sport to report that Roma were interested in signing him.

“He was probably there on holiday,” Fellaini’s agent Luciano D’Onofrio told Tuttomercatoweb. “For the moment I have no other news. So far I’ve had no contact with Roma for him.

“Would that move be welcomed? Yes, Roma is a possibility to consider.”

Fellaini was signed from Everton in September 2013 by former United manager David Moyes in a deal worth £27.5million. The midfielder has made 32 appearances this season including 17 in the Premier League, but in three seasons at Old Trafford he has failed to win over large sections of the United support.

The Belgium international scored the opening goal in Saturday’s 2-1 FA Cup semi-final win over his former club Everton, but that was a rare bright moment in a frequently-ridiculed United career, during which he has often resembled a square peg in a round hole.

Fellaini enjoyed cult status at Everton where he spent five seasons before moving to Old Trafford on a five-year deal.