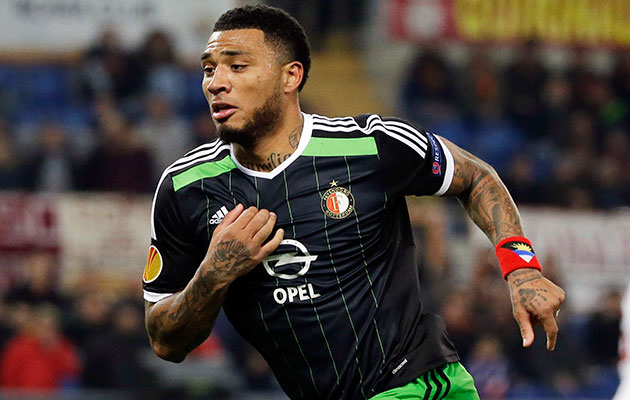 Colin Kazim-Richards has been suspended by Feyenoord after threatening a journalist.

Kazim-Richards threatened Algemeen Dagblad journalist Mikos Gouka ahead of a press conference on Friday and was subsequently suspended by the club for Sunday’s meeting with PSV as a result.

The Dutch club now extended the ban until the end of the month, with his behaviour to be reviewed on February 1.

“Feyenoord have suspended Colin Kazim-Richards until February 1, 2016. The club has come to this measure in response to the behaviour exhibited on Friday, January 15 of this year with respect to a journalist of the written press,” a statement read.

“The suspension means that Kazim-Richards is not at the club, no longer trains and will not feature in games until the end of this month. Feyenoord will reflect on the situation after February 1.”

Gouka had written an article questioning Kazim-Richards’ attitude, claiming Feyenoord were growing tired of the 29-year-old following a number of incidents.

Kazim-Richards confronted the reporter on Friday and challenged him to a fight.

“I am waiting for you outside,” the striker told the journalist. “You are going down. I will put you to sleep.”

Kazim-Richards is no stranger to controversy. In 2014 while playing for Blackburn Rovers, the Turkish international was found guilty of making a homophobic gesture at Brighton and Hove Albion fans. He was fined £750 and ordered to pay costs which amounted to £1,445.