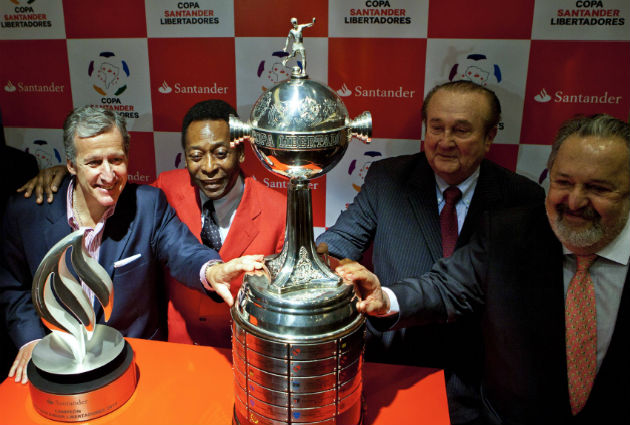 Juan Pedro Damiani, a Uruguayan member of FIFA‘s ethics committee, has become the focus of investigation himself after explosive revelations in the so-called ‘Panama Papers.’

Damiani, one of South American football’s most senior officials and president of Penarol, risks a charge of conflict of interest at the least and deliberate obfuscation at worst over his business dealings with Eugenio Figueredo, a fellow Uruguayan.

The cloud hanging over one of its ethics ‘guardians’ is a major embarrassment to FIFA as it attempts to clean up its act after the image-shredding past few years.

The ‘Panama Papers’ is a massive leak of confidential documents laying bare how the rich and powerful use tax havens to hide their wealth.

Eleven million documents were leaked from the secretive Panamanian law firm Mossack Fonseca, showing how it had assisted clients launder money, avoid sanctions and evade tax. The documents show links to 72 current or former heads of state, including dictators accused of looting their own countries.

Damiani has served on the ethics committee since 2003 which means he was in membership when it imposed headline bans from football this past winter on former FIFA president Sepp Blatter, UEFA president (and FIFA vice-president Michel Platini) and ex-FIFA secretary-general Jerome Valcke.

Coincidentally Valcke and Platini also feature in unconnected business documents in the ‘Panama Papers’; so does Argentina and Barcelona superstar Lionel Messi and his father.

Damiani’s fellow Uruguayan and associate Figueredo is currently answering corruption and extortion charges in Uruguay. The United States Department of Justice also lies in wait because he was also one of the ‘Zurich Seven’ arrested in May last year and indicted in the $200m FIFAGate corruption scandal.

Until his fall from grace, Figueredo was a president of South American confederation CONMEBOL, a vice-president of FIFA and former head of the Uruguayan federation.

He has admitted siphoning off vast amounts of cash from CONMEBOL’s commercial deals and the ‘Panama Papers’ show that companies connected to Figueredo were among 200 of Mossack Fonseca’s offshore companies represented or advised by Damiani and his law firm.

The documents also show that Damiani arranged the formation of a Panamanian company through which Figueredo was given special powers to make loans to sporting institutions.

In February 2015 Damiani asked Mossack Fonseca to give special powers to Figueredo’s wife over a company called Gilson Overseas SA. Three months later Figueredo was detained in Zurich and suspended by FIFA. Months later he was shown to remain the “beneficial [real] owner” of at least five companies represented by Damiani’s law firm.

Owning and/or controlling an offshore bank account is not a crime. However the ability to use them to move monies without scrutiny and as tax avoidance vehicles has given them a bad name, especially at a time of economic austerity in the western world.

“After receiving the information Dr Cornel Borbély, chairman of the investigatory chamber, immediately opened a preliminary investigation to review the allegations in question [to] determine if there is a breach against the FIFA Code of Ethics and decide any further measures.‎”

Only last week Damiani, in his role as president of former world and South American champions Penarol, hosted new FIFA president Gianni Infantino on a visit to the club’s home in Montevideo.

Damiani is not the only present or former FIFA official named in a trawl through ‘real’ owners of offshore accounts.

The papers reveal how Valcke used an offshore company to buy a $3.7m, 104ft Italian luxury superyacht which had been named ‘Jade Mary’ but later became Ornella – the name of Valcke’s wife.

Fellow Frenchman Platini also appears in the papers as holding power of attorney for a 2007-incorporated company named Balney Enterprises Corp. The papers show Platini as authorised to “open and close bank accounts [and] to deposit funds and securities in [Balney’s] accounts.”

Platini’s personal spokesman told investigating journalists from Fusion that “as a Swiss resident since 2007, the Swiss authorities have a full knowledge of Michel Platini’s personal and tax situation including all his assets and bank accounts.”

Also featuring in the papers are the Argentinian father and son businessmen Hugo and Mariano Jinkis who have been indicted by the US DoJ. It is alleged that they use their power as directors of an offshore company named Cross Trading SA to channel millions of dollars in bribes for TV and sponsorship rights.

Here the trail leads back to Damiani. He helped create and once represented Cross Trading which was registered originally in the tiny island country of Niue in 1998 and subsequently moved to the Seychelles in 2006. In June last year, as the scale of corruption within FIFA began to emerge, Mossack Fonseca resigned as registered agent of Cross Trading.

The ‘Panama Papers’ were passed over a year ago to Germany’s SuddeutscheZeitung which shared them with the International Consortium of Investigative Journalists. The subsequent investigation involved 400 journalists across 82 countries.

It has been hailed as the largest ‘outing’ of its kind – bigger than WikiLeaks – involving 2.6 terabytes of information concerning 200,000 companies and 14,000 clients.

Mossack Fonseca and Damiani, separately, have insisted that they have done nothing illegal.