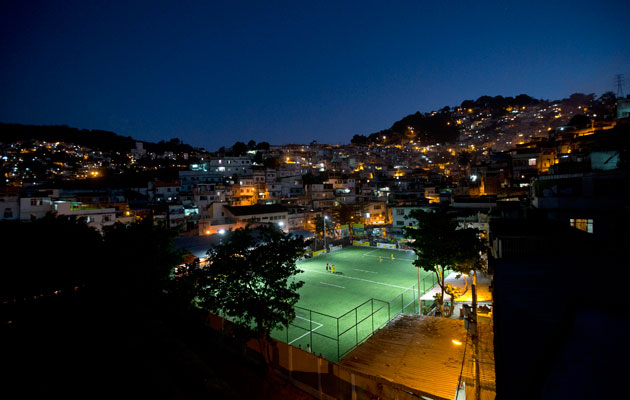 A Rio slum is host to a groundbreaking piece of technology which was unveiled on Wednesday night.

The innovation, unveiled in the presence of Pele, is called Pavegen, which can harvest power floodlights courtesy of people’s footsteps.

A total of 200 tiles made from 80 percent recycled materials were installed beneath the new pitch to capture players’  energy during games.

At night, that stored energy generates 100 percent of the light. During daytime, between 75 and 80 percent of the energy comes from a solar panel installed above a samba school beside the pitch. 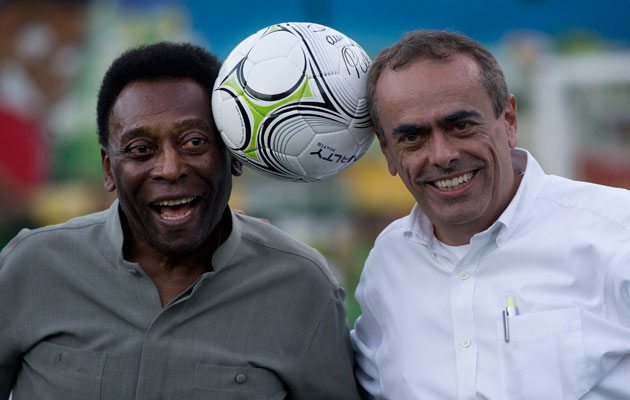 Pele, left, and President of Shell Brazil Andre Araujo during the inauguration of the pitch

Pedro Paulo Ferreira, chairman of the local residents’ association, told AFP: “We are starting to believe more in the help of private firms than the state, which has proposed so many projects here without ever actually doing anything,” he said.

The downside of the new pitch is that it is not cheap to use. Players say each team has to pay 50 reais (£15) an hour to play – 70 at weekends – way beyond the means of most people living in the slum.

“From Monday to Friday the pitch is empty,” said Bruno Olivera, a 25-year-old hospital worker.

“Today, we have to play outside our community as we can’t pay. People who do play here have come from elsewhere.”

“We are still developing this technology in such a way as to bring down the cost,” he told AFP.