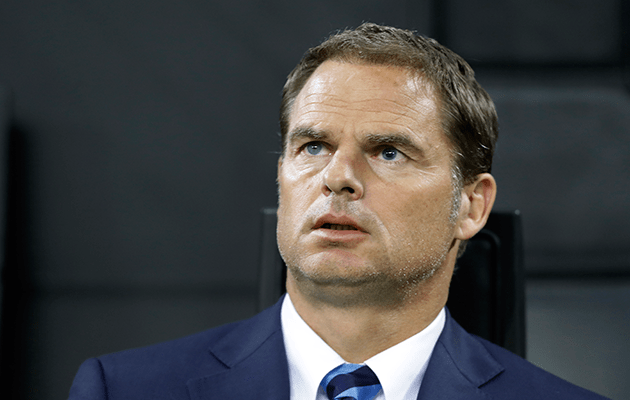 The agent of Inter coach Frank De Boer is confident his client’s job is safe, despite the club’s poor start to the new season.

Italian media is convinced that the Dutchman is on the verge of being sacked, and even a win against Torino tonight may not save him.

However, Dutch magazine Voetbal International has spoken to sources close to De Boer who are convinced his job is not on the line.

In addition, his agent has denied that there has been any talk of his client being fired.

“We haven’t heard anything about a possible sacking,” Guido Albers said.

De Boer has lost six of his first 12 games in charge of inter who are currently closer to the relegation zone than the top of the table.

Among those linked with the Inter post are former Paris Saint-Germain coach Laurent Blanc, current Atletico Madrid boss Diego Simeone and Leonardo, the Brazilian who previously coached Inter in 2010-11.