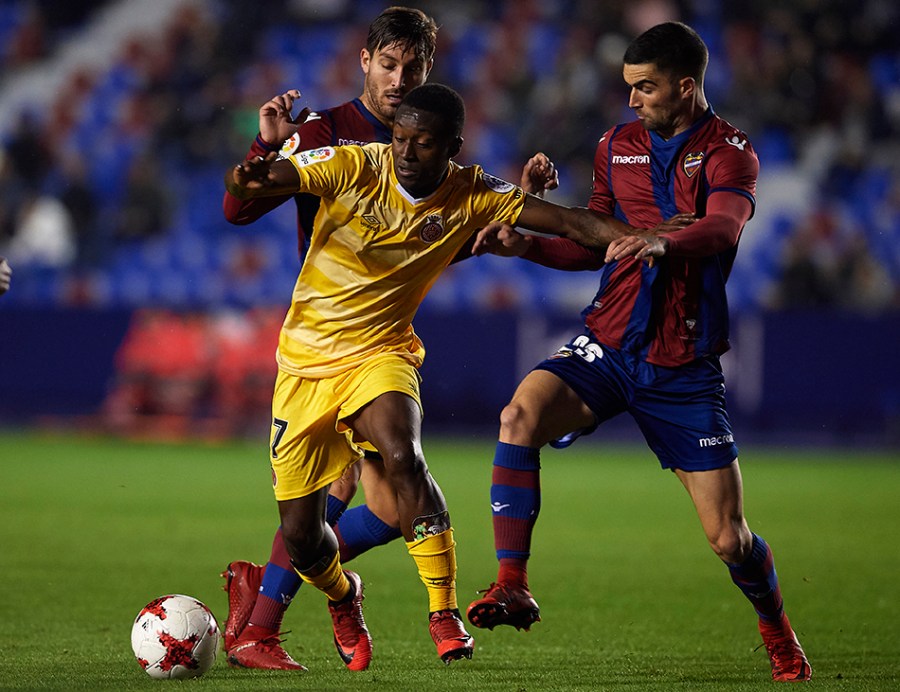 In the middle of 2016, Manchester City snapped up two fine emerging attacking talents in South America – Gabriel Jesus of Brazil and Marlos Moreno of Colombia.

At the time, there was no about it. Moreno got going after Gabriel Jesus, but had done more. This, of course, was before Gabriel Jesus helped Brazil to an Olympic gold medal. He stayed at home until the end of the year, not only going on to win a league title with Palmeiras, but also making a triumphant entry to the Brazil side in World Cup qualification. This came after City had signed him.

Moreno, in contrast, had been decisive at the end of 2015 when Atletico Nacional won the Colombian title. He then played a sensational campaign, especially in the early rounds in the Libertadores Cup. While Palmeiras were knocked out in the group stages, with Gabriel Jesus showing promise but getting himself sent off in the decisive game, Moreno caught the eye all the way to the end as Nacional lifted the trophy.

He had also forced his way in to the Colombia squad, and was making an impact in World Cup qualification before Gabriel Jesus had been called up by Brazil. Away to Bolivia, Colombia let a two goal lead slip, and could have gone on to lose. The introduction of Moreno changed the course of the game. His talent and cool decision-making set up the winning goal.

How, then, to explain the undeniable difference in the fortunes of these two players after crossing the Atlantic?  Gabriel Jesus proved an instant hit at Manchester City. Marlos Moreno has made next to no impression since playing in the final of the 2016 Libertadores.

One obvious difference is that they have been playing for different clubs. Gabriel Jesus went straight to Manchester City, where he looked at home from the very first time he played.  But 1970 great Tostao, so often the wisest voice in Brazilian football, thinks that for all of the striker’s promise, his achievements have been blown out of proportion. Comparisons with the young Ronaldo are exaggerated, he thinks. Many of his goals have been tap-ins, benefiting from the fact that City are usually so dominant and create plenty of chances for their strikers.

Marlos Moreno, meanwhile, has not been so fortunate. He was first loaned out to Deportivo La Coruna, where the going was much tougher. It has been tougher still this season. He has been loaned to Girona – a club which, Moreno grumbles, do not field strikers in wide spaces and thus have had no need for him.

The practice of loaning players out to other clubs is a hit and miss affair. The pitfalls are obvious. The receiving club have no long term stake in the development of the player, and may not be particularly concerned about his progress or his adaptation.

It would appear that Moreno is about to find a new temporary home – only this time back in South America. He is currently in Rio de Janeiro discussing a loan deal with Flamengo. Even this move has its problems. The original idea was for Moreno to team up with Colombian coach Reinaldo Rueda, who groomed him so successfully at Atletico Nacional. But last week Rueda resigned to take charge of the Chilean national team, so Marlos Moreno has lost that personal connection as he seeks to recapture the form and the spark that made him such an exciting prospect before his move to Europe.